Observer > 2010 > April > Alphonse Chapanis: Pioneer in the Application of Psychology to Engineering Design

Alphonse Chapanis (1917-2002) combined his interests in basic psychological research in vision and perception with applications to engineering design to become a distinguished leader of human factors engineering (referred to as ergonomics in many industrial engineering departments and in other countries around the world). 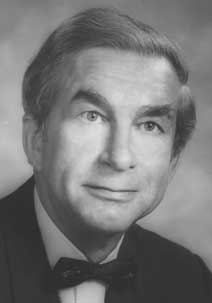 While still in graduate school in 1942, Chapanis joined the Army Air Force Aero Medical Lab in Dayton, Ohio, as the first psychologist to work there. He completed his PhD the following year, which brought him an appointment as second lieutenant and advanced training as an aviation physiologist. At the lab, Chapanis worked on various vision-related projects including displays suitable for night flying, black-out under high g-forces, vision loss due to anoxia at high altitude, and general aircraft design. An early design issue involved an alarming incidence of B-17s crashing upon landing. Chapanis noticed that the landing flaps and landing gear had identical switches that were placed side by side. In high stress aviation situations, it was easy to confuse the two, which contributed to crashes while landing and taxiing the “Flying Fortresses.”

Chapanis’ military work during World War II whet his appetite for the applications of psychology and the potential of human factors research. At the war’s conclusion, Chapanis joined a Navy-sponsored field laboratory undertaking systems research that was administered by The Johns Hopkins University. He began working with Clifford Morgan and Neal Bartlett. Soon, the work was transferred to the Hopkins campus in Baltimore, Maryland, and Wendell Garner became involved. Based on their military-related research and several opportunities to give lectures on “Men and Machines,” Chapanis, Garner, and Morgan published the first textbook on human factors, Applied Experimental Psychology: Human Factors in Engineering Design, in 1949.

While Morgan and Garner went on to distinguished careers as experimental psychologists at Hopkins, Chapanis continued to run the Navy project until 1958 and then opened a communications research laboratory in the Psychology Department. There he did pioneering, widely-cited work on multimodal communication at a time when people were just starting to think about communicating with computers or via computers to other humans. He showed that, among all possible combinations of visual contact, speaking, writing, and typing, the best performance always included an interactive speech mode. He had a knack for designing technology-relevant experiments of lasting usefulness because they made no assumptions about the specific directions that the technology might evolve. They were focused on the human behavior.

Although not always accepted by his psychology colleagues at Hopkins, Chapanis was an outstanding teacher, who conducted a multitude of human factors research projects, trained a cadre of distinguished graduate students, and grew his reputation as an authority and leader in the growing field of human factors engineering.

He was also very involved in ergonomics around the world as a member of the Council of the International Ergonomics Association for six years between 1967 and 1973. Chapanis was most active internationally during the Cold War and spent a year traveling Europe and reporting on his observations of foreign research to the Office of Naval Research and the U.S. military more generally. For example at the 1967 International Symposium on Machine Design in Prague, he reported that communist ergonomics utilized physiological indices whereas American researchers utilized behavioral criteria. Communist ergonomists also had easier access to industry since both education and work were state controlled so that “company secrets” were rare.

When not involved internationally, Chapanis consulted for private industry and continued his own research. During a year in private industry, Chapanis worked at Bell Labs, focusing on human preferences for telephone keypad numbers and displays. He noted that, on the key pads in use by telephone operators, having two horizontal rows of five numbers each, 13 percent of all manually keyed calls involved an error in the typed number. He tested six different keying arrangements and discovered that a three by three display with the “0” off to the side was a preferable design (Lutz & Chapanis, 1955). Later, when the rotary dial telephone was being abandoned his and subsequent research supported the arrangement that we find on the telephone key pads of today.

He consulted with IBM from 1959 through the mid 1990s and was their primary external source of human factors education and consulting as they transitioned from predominately hardware manufacturer to a software and systems organization. Together with IBM experts he created a human factors training course that was given throughout the IBM international organization. His consulting ranged widely across the organization but in the later years focused mainly on the Federal Systems Division.

He was particularly interested in safety issues. He conducted some of the earliest research (Safren & Chapanis, 1960) on hospital medication errors due to flaws in the labeling design of prescriptions and doctors’ illegible handwriting. In a famous paper entitled, “Words, Words, Words,” he railed against the amazing number of situations, from highways to elevators, in which confusing and even conflicting wording of signs contributed to errors, often having safety implications (Chapanis, 1965). His memoirs detail his recollection of one incident that highlighted the divide between ergonomic safety and marketing in the 1960s automobile industry. “I was looking at a sporty model that had a steering column with a sharply pointed tip extending an inch or two beyond the steering wheel. Townsend, the President of Chrysler Motors, asked me what I thought about it. My exact, or very nearly exact, words were: ‘Mr. Townsend, do you know what you’ve designed here? You’ve designed a spear aimed at the driver’s heart.’ I also remember distinctly his cynical reply, ‘Doc, it’ll sell’ (Chapanis, 1999, p. 139).’’

From a historical perspective, Chapanis was instrumental to the field of human factors engineering during its period of gestation and growth between World War II and the 1980s. He should be credited with being one of the major forces for education and advocacy of the importance of understanding human behavior in the context of technological innovation and systems design during this formative period.

Observer > 2010 > April > Alphonse Chapanis: Pioneer in the Application of Psychology to Engineering Design

Dr. A.Chapanis was a Consultant on Human Factors in a research project focused on Driver Performance Measurement (T.W. Forbes 1973)funder by NHTSA. I saw him consistent in consultation meetings, during the research tasks and data; -that what people do as drivers is preceded by what they see and know; or in other words – to what they perceive,interpret and then respond.

Inherent in his concern were the facts that for real traffic and conditions, – drivers are limited by the time and space in which to determine what they must do to avoid hitting any fixed object(s) or moving vehicle(s) in their pathway; [and similarly those not immediately visible in their visual fields.

Is Chapanis “scenario” not similar to problems people experience in their daily lives, at home and/or at work, when they feel the anxiety and uncertainty of what ever expectations or demands are before them, immediately or sometime later?

As a JHU graduate student in psycholgy, I took Experimental Design from Chapanis in 1972. It was the best design course I have ever taken. In addition to being a creative applied psychologist, Chapanis was a gifted teacher.

I was a graduate student under Professor Chapanis from 1969 to 1973 and received my Ph.D. under his mentorship. His significant influence on my academic, corporate and public safety careers allowed me to spread the Chapanis gospel in many venues. I was honored to be able to to do this. He was a towering academic, scholar, and a most decent person.

Nick Joyce is a graduate assistant at the Archives of the History of American Psychology and a doctoral student in counseling psychology at the University of Akron. Dick Pew is a Principle Scientist with Raytheon BBN Technologies in Cambridge, MA. He is mostly retired, but continues writing and other professional activities.