In our youth-obsessed society, we see old age as a disease that deprives us of our physical vigor and mental faculties, reducing us to addled, forgetful creatures living in the past. To some extent, this stereotype is based on a paradox of old age: We can remember things that happened years ago with crystal clarity, but have no idea where we put the car keys a few minutes ago.  In an invited address at the APS 22nd Annual Convention, Lynn Hasher from the University of Toronto presented her laboratory’s groundbreaking research on this paradox. 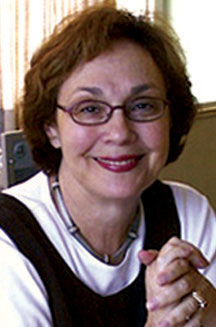 As we age, some of our cognitive functions decline, such as our ability to recall new facts; whereas other functions actually improve, such as our ability to solve problems, resolve conflicts, and regulate our emotions. According to Hasher, this apparent contradiction may be partially explained by the effect of distraction on memory, as “older adults appear to be experts on distraction.”

Sensitivity to distraction can be an advantage or a disadvantage, depending on the task at hand. In the case of ongoing interference, it appears that older adults are at a distinct disadvantage. For example, they are slower than younger adults to read a passage aloud when it includes randomly inserted words that are unrelated to the text. In other words, older adults are more bothered than younger adults by distractions in the present, which may explain why they do not do as well in laboratory cognitive and speed tests, which are often cluttered.

The good news (which is why the glass is half full) is that although older people may not recall new facts as well as younger people, and are more easily distracted, they are better at “picking up” distractions and using them to outperform younger adults in a future task. Older adults appear to use their knowledge of past distractions in new situations, without being aware that they are doing so. This “carryover” effect can either be helpful or not, depending on whether the supposedly irrelevant information is useful in the new task.

The effect distraction has on your performance also varies according to time of day, and whether you are a morning person or an evening person. According to Hasher, our capacity for jobs that require cognitive control vary across the day “pretty dramatically,” for both older adults (peak times in the morning) and younger adults (peak times in the afternoon). Throw distraction in the mix, and some very interesting findings emerge. Whereas distraction may have some effect on a young adults at off-peak times (in the morning), it appears to have a “whopping” effect on older adults at their off-peak times (in the afternoon).

Hasher’s findings are a reminder not to write off older folks because they are somehow “centrally slowed.” Having great recall is not necessarily synonymous with wisdom, and holding onto information that may not be immediately relevant can give you an advantage. As Hasher reminded the audience, the pilot who successfully crash-landed an airplane in the Hudson River in 2009 was approaching 60, an age that warrants inclusion in a typical cognitive gerontology research study.