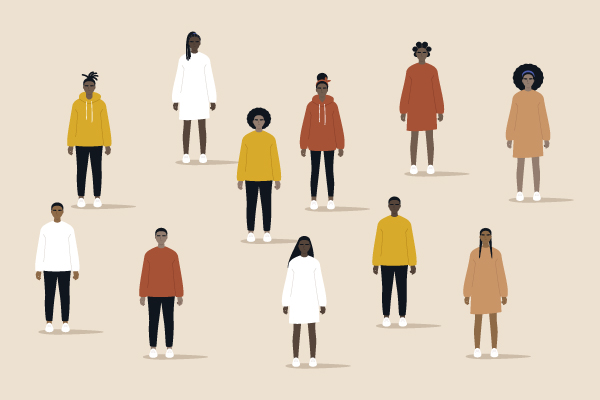 A new series of studies to be published by Psychological Science show that White Americans associate the label “Blacks” with being targets of racial bias more than the label “African Americans.” The findings have implications for outcomes as varied as image search results, the tone of media coverage, and non-profit fundraising.

In one particularly stark finding, White Americans wanting to eradicate racial injustice will donate more to non-profit organizations describing themselves as Black compared to African American.

“Americans of African Descent have long fought for equality. But White Americans often misunderstand or misrepresent their advocacy,” said Hall. “We show the use of the Black versus African American label may fundamentally alter White Americans’ perceptions of their intentions.”

The studies explore the association between the African American and Black labels and the ideologies of the historical movements within which they gained prominence.

“Specifically, because the Black label became prominent amidst the Black Power Movement in the 1960s and the African American label gained popularity amidst the late Civil Rights Movement in the 1980s, people and organizations that use each term are perceived to embody the ideologies of those movements,” explains Townsend.

The authors argue that this means that African American label is associated with voting rights and political participation and the Black label is associated with racial victimization and degradation. The authors find that the use of one or other label skews the results of Google image searches and the content of editorials in media. Use of the Black label leads to more racially victimized imagery, while use of the African American label leads to more civil rights and inequality imagery.

Critically, this research also shows that use of these labels in any media can substantially influence White audiences’ financial support of the causes they advocate.

“It is possible that our findings may only generalize to groups that are not of African descent. Americans of African Descent may be unlikely to apply ideological stereotypes to people and organizations labeled by these terms,” said Mr. Carter.

“Thus, seemingly small changes in labels can make a big difference,” said Hall. “Although activists and journalists may not be aware of the ideologies embedded these labels, they must carefully choose which one to use: either Black or African American.”

The authors best advice is to allow a person or organization to self-label in the way that most closely reflects their identity.

“Of course, our studies also represent a snapshot of a particular time,” said Townsend. “The meaning of these words may shift with highly visible race-based events.”

Cultural mismatch, in addition to prejudice, often stands in the way of leadership success for East Asian professionals. More