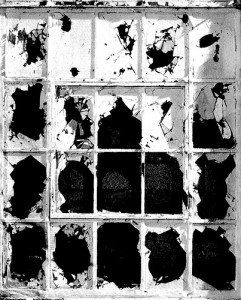 One of the most influential ideas about crime prevention to come out in recent years is something called the “broken windows theory.” According to this theory, small acts of deviance—littering, graffiti, broken windows—will, if ignored, escalate into more serious crime. In practice, this theory leads to zero tolerance of public disorder and petty crime. Both theory and practice have been embraced by some big city mayors, most notably Rudy Giuliani, who credited the strategy with significantly cutting serious crime in 1990s New York City.

The idea has been controversial from the start, for many reasons, but it does get some empirical support from psychological science. A growing body of research suggests that the human mind does like order and structure and rules. Indeed, cleanliness and tidiness have been shown to promote legal and moral action, while a messy environment appears to do the opposite.

But this idea may be a little too tidy, and some scientists are beginning to challenge it. If it were that simple, how should we explain the fact that order and disorder are both common states? Why hasn’t the human yearning for order, over the millennia, triumphed over messiness in society?

This was the point of departure for psychological scientist Kathleen Vohs and her colleagues at the University of Minnesota. Vohs wondered if perhaps environmental order and disorder are both functional, activating different, but equally valuable, mindsets. Maybe what we disparage as messiness—maybe this physical state contributes to a varied world, and perhaps it’s variety that’s most important in shaping human thinking and action. She and her colleagues ran a couple experiments to test this provocative idea.

Vohs wanted first off to explore the effects of order and disorder on socially desirable behaviors, so in the first experiment she looked at healthy eating and charitable giving. These are both things that, by common agreement, are good. She recruited volunteers and, unknown to them, had some work in a tidy room and the others in a messy space. They filled out questionnaires that weren’t really relevant to the study, and afterward were given the opportunity to donate privately to charity—specifically, to help pay for toys and books that would be given to children. Then, as they were departing, they were offered the choice of an apple or chocolate.

The results were unambiguous. Those who had been working in an orderly workspace were more generous. Not only were they more likely to donate anything to the kids, collectively they donated more than twice as much money to the charity. They were also more likely to make the healthy food choice.

Okay, so this merely reinforces what’s been known—that an orderly environment leads to desirable and good action. But is there a downside to this mindset? In a second study, Vohs took a different tack and explored contexts in which messiness might lead to a socially desirable outcome. She figured that, since order promotes conventional values, maybe disorder promotes breaking with convention—the essence of creativity.

To study this possibility, she again had volunteers work in either a neat or a messy room. Volunteers completed the same kinds of filler work as before, followed by common a test of creativity. Specifically, they were told to come up with as many as ten new uses for ping pong balls, and their answers were scored by independent judges. 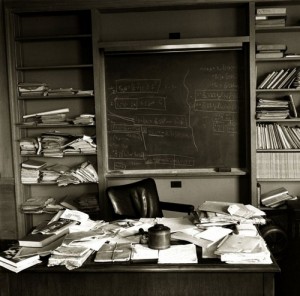 The results confirmed what Vohs had predicted. As described in a forthcoming article in the journal Psychological Science, the volunteers who worked in the untidy room were much more creative overall, and they also produced more “highly creative” ideas. In other words, they were more likely to break away from tradition, order and convention in their thinking. In a third study, those in a messy environment were more likely to select an option labeled “new” over one labeled “classic”—further supporting the link between order and tradition, disorder and novel thinking.

Taken together, these findings challenge the well-entrenched view of order and disorder as too simplistic. It’s misleading to conclude that messiness promotes wild, harmful and morally suspect behavior, or that order leads to honesty and goodness. A more nuanced view would add that disorder also inspires breaking from tradition, which can lead to fresh insight, and that order is linked to playing it safe. Vohs concludes with the example of Albert Einstein, who famously quipped: “If a cluttered desk is a sign of a cluttered mind, of what, then, is an empty desk a sign?”

I am 47, college educated and an devoted artist – all good things as far as I’m concerned however, sometime during the last 15 years I’ve gone from being a pretty neat & orderly person to being totally incapable of maintaining order in my office and bedroom (which lead to my husband and I sleeping separately – – without sexual consequence).

As a child, a hallmark of my tantrums was that after throwing my toys and books all over my room I spent hours organizing my toys and alphabetizing my books without any encouragement form an adult. Often my room was more organized after my tantrums than before.

The above is so incredibly hard to believe as I look around my office today which is ankle deep in half finished projects, books, craft supplies, etc. I love being creative but truth be told I’d trade a little of my creativity for a little more self discipline and a neater home.

I am messy. But there is logic to my messiness.

When I began work at IBM (new programmer in training), sometimes I would be sent to consult an older male colleague with somewhere between 8 and 12 years experience. This man was obsessively neat. There was never a paper on his desk, nor a pencil or pen or book or manual. His room was literally sterile. He stood out from all of his colleagues with the same years experience due to the lack of anything work activity being visible in his room.

Over time I learned to consult him less because he was less informative than other colleagues his same age who offices had work in progress on their white boards and desks and other counters. About 10 years later I heard that although he was liked by people (he had a pleasant personality), he was not esteemed by people for his work efforts or technical knowledge. Apparently, his sterile office represented a sterile mind.

I saw this repeatedly throughout my career: creative and productive people are somewhat messy. Surprisingly, if you ask a technical person with a messy room if they can loan you one of their books or manuals, they always knew exactly where it was and could even point you to the appropriate pages. Does this mean that messy people have a better memory than tidy ones? That messy people do not waste time neatening things up because they can remember where everything is even in a mess and that tidy people need the tidiness because their memory can contain much less?

Confirmation bias runs rampant in the above comments. Wow!