On February 5th and 6th of 2010, a blizzard dumped historic snowfalls on the Mid-Atlantic region of the country. Elkridge, Maryland, got more than 38” over the two days, and Washington, DC, where I live, ended up with about 20” of accumulation. That’s a lot of snow for us, but this was just the start. Three days later, another winter storm dumped an additional 20” or more on the nation’s capital. The weather’s one-two punch soon became known as “Snowmageddon”—a nickname made official when President Obama used it to describe the paralyzing storms.

Snowmageddon had a puzzling side effect. TV commentators—perhaps because there isn’t much to say about snow once it’s fallen—started filling the airwaves with skeptical remarks about global warming. They seemed to take the extreme and aberrant wintry conditions outside as reason to disregard years of painstakingly accumulated evidence for worldwide warming.

This doesn’t make any sense, of course, which is why it got the attention of psychological scientists at Columbia University’s Center for Decision Sciences. Ye Li, Eric Johnson and Lisa Zaval were intrigued that people’s beliefs about something so important could be so malleable—and especially that these beliefs might be shaped by something as transient as a freakish snow storm. They had a suspicion about what might be going on psychologically: Because global warming is such a complex and inaccessible scientific issue, they speculated, it’s possible that people substitute a judgment that is much simpler and more accessible: the weather right outside the door.

They decided to explore this peculiar kind of irrationality, and did so in a couple of Internet studies. In the first one, they asked a large sample of (wintering) Americans and (summering) Australians how convinced they are that global warming is in fact occurring—and how worried they are about the possibility. They also asked them whether the local temperature that day was unseasonably warm or cold–figuring that temperature deviations would be more meaningful than absolute temps. The scientists also used the volunteers’ postal codes to check the actual temperatures on the day of the survey, and their deviation from normal, and in fact the volunteers’ perceptions of normal and abnormal temperatures were accurate. 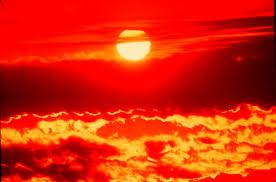 When they crunched the data together, the results were striking: Regardless of whether it was summer or winter, people who thought it was warmer than usual outside were much more likely to believe in global warming and to be concerned about its effects.

As striking as these findings were, the scientists wanted to examine the link a different way. So they ran another version of the experiment. It used the same questions and methods as the first study, but this one also asked participants if they would donate money to a global-warming charity called Clean Air-Cool Planet. This is an actual charity, and the donations were real. The scientists wanted to see if those who claimed to be concerned about global warming would put their money where their mouth is.

And they did. As reported in the on-line version of the journal Psychological Science, the participants who thought it was warmer than usual outside were much more likely to donate money to the environmental charity than were those who thought it was colder, and they gave five times as much money.

These findings are disturbing, and raise some big questions about how we form our beliefs about important issues of the day. Given all the scientific investigation of global warming over many years, and the extensive media coverage of the debate, one would expect people to have made up their minds—one way or the other. But apparently they haven’t, if beliefs and concerns can be so easily manipulated by irrelevant information. It appears that beliefs—including responses to surveys—are not set in stone, but rather are constantly reexamined, making public opinion as mercurial as February weather in Washington, DC.

Wray Herbert’s book, On Second Thought: Outsmarting Your Mind’s Hard-Wired Habits, was recently published by Crown. Excerpts from his two blogs—“We’re Only Human” and “Full Frontal Psychology”—appear regularly in The Huffington Post and Scientific American Mind.

People tend to react to their own personal observations and apply their conclusions to the “Global” situation without any information of what is occurring elsewhere. “If I am cold, there is no global warming”. Coming out of a warm building the other day, I heard a comment about “is this really what they call global warming?” In fact, the outside temperature was 53 on March 2 at 10 PM, about 10 degrees above average.
The other problem is that we need to use the term Global Climate Change. While the earth is warming slightly, the climate shifts are more significant, with some places warmer and some colder. The storms are more severe, tornado season starts earlier and ends later, same with hurricanes. If science can’t do a better job of describing the phenomenon, how can we expect the average person to understand?