News > We're Only Human > The Psychology of the Firefighter 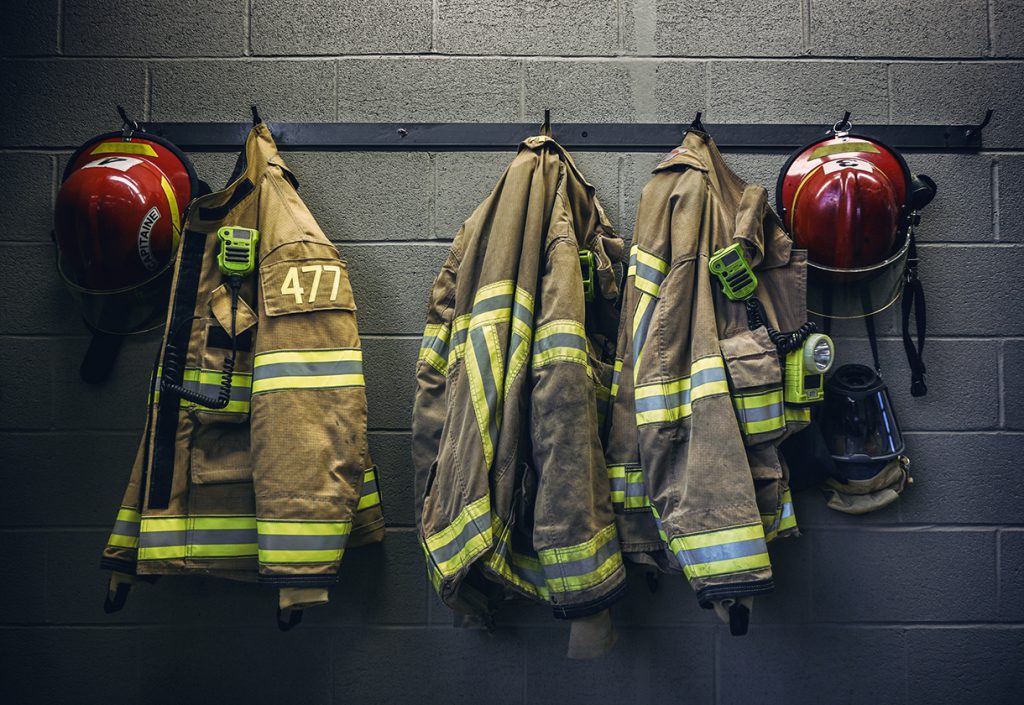 It would seem that such repeated exposure to adversity must, over time, take a psychological toll, challenging even the most seasoned firefighters. Yet that doesn’t seem to be the case. Contrary to our intuitions, studies find no consistent link between the extent of on-duty trauma experience and the eventual development of post-traumatic stress disorder, or PTSD. Some firefighters cope poorly, while others with far more horrific experiences remain symptom free. Why would that be?

Something must be moderating the drumbeat of trauma for these fortunate ones, protecting them from its psychological ravages. But this something has been elusive. A team of psychological scientists in Israel has been exploring a novel idea that might illuminate this puzzling relationship. Einat Levy-Gigi of the University of Haifa, Gal Sheppes of Tel Aviv University, and several colleagues have been questioning an old notion about emotional regulation and PTSD. Traditional thinking holds that engagement—reappraising and making meaning out of bad experiences—is always an adaptive strategy, while distraction and disengagement are maladaptive. These scientists say it’s not so simple. Rather, they believe that choosing the right coping strategy for the right circumstances is the key to mental health. That is, it’s sometimes tonic to disengage emotionally, but in other contexts it’s harmful, and the healthiest firefighters seem to have a knack for knowing which is which.

The scientists call this “regulatory choice flexibility,” and they tested its role as a moderator in a study of actual firefighters. Their premise is that it’s adaptive to engage and make sense of low intensity situations, but preferable to distract oneself from the worst traumatic incidents. They predicted that firefighters who know and do this are less likely to develop PTSD over time, while those who lack this strategy are more susceptible to the disorder. Here’s how they tested the idea.

They recruited 70 active firefighters from five stations in Israel, all with comparable chances of experiencing regular trauma of various kinds. Using photographs of emotionally difficult events, the scientists tested all the firefighters for healthy regulatory flexibility—their ability to toggle back and forth, engaging with low intensity scenes and disengaging from high intensity scenes. Then they used various cross-checking measures to assess each firefighter’s actual exposure to trauma over the years—everything from brush fires to missile attacks. All the firefighters had been exposed to life-threatening situations at one time or another, but overall exposure conformed closely to years of service.

In addition to evaluating each firefighter for clinical symptoms of PTSD, they also assessed each of the subjects for symptoms of depression, IQ, and traumatic experience unrelated to duty—domestic violence, for example, or the death of a family member. All of these are also associated with PTSD, so taking these measures allowed the scientists to assess the impact of service trauma on PTSD, above and beyond these other factors.

The results, reported in a forthcoming issue of the journal Clinical Psychological Science, were consistent and clear. In short, the link between duty-related traumatic exposure and PTSD depended on regulatory flexibility. That is, firefighters with poor flexibility in choosing coping strategies showed more symptoms of PTSD as a consequence of extensive traumatic firefighting experiences, while those with more coping flexibility showed no change in PTSD symptoms as a consequence of such hard duty. This was true even when controlling for depression, intelligence and life trauma.

So how does this trait—flexibility in choosing coping strategies—exercise its influence on mental health? It’s not certain, but it appears that being able to match regulatory style to emotional events is a generally adaptive trait. It may be adaptive to disengage with some highly adverse emotional situations, but disengaging indiscriminately, even from tolerable situations, may increase risk of anxiety disorder.

Firefighting emergencies may pose differing psychological demands simultaneously, the scientists say. They offer this illustration: Say a crew of firefighters responds to an alarm and finds a building in flames, with burn victims trapped inside. For the firefighter who is responsible for putting out this fire, it is probably adaptive to fully disengage his or her attention from the victims, and fully attend to the flames. In this and other such intense and challenging situations, the healthiest response may surprisingly be to disconnect from human suffering.

News > We're Only Human > The Psychology of the Firefighter

I can attest to this premise and additionally state, that being directly involved is sometimes better then being a bystander.

I was involved with a 5am rescue of occupants of a suburban home on Christmas Day. The fire was knocked down by the time the Ladder Truck arrived. I and two other FFs made entry- we were told children were inside. We made several quick searches before we began to find them. They were heavily smoked but still living- we passed them out to waiting medics. Unfortunately all perished due to smoke inhalation- they aged between 18 mo to 7 years. Emotions were high outside as we continued- I could hear raised voices and screams.

Surprisingly the FFs who actually did the recovery were seemingly the least affected. I talked to them initially and over a year later-none of us expressed any overwhelming trauma carryover . The same cannot be said for the bystanders. Some Fire and Police members were very shaken and some quit.

I’ve concluded that knowing the facts and being able to be directly involved for some, is a way to work thru the trauma. Fantasies created by those not involved often are worse then the real thing.

First up – Congrads on a very well written and informative article.

My experience has always been that firefighters who have confidence in the the amount of continuing education & training, along with the serviceability and quality of equipment, appear to handle trauma much better. I’ve seen anger and despondency manifest in FF when they’ve felt their departments are not taking ongoing development and certification seriously. Assuming that no department has an unlimited budget, it seems counter intuitive but perhaps the way to inoculate our people against PTSD is to spend more on meaningful task level training and less on other non operationally focused programs.

I’d be very interested in finding other peoples opinion on this.