Just like adults, children as young as 3 tend to judge an individual’s character traits, such as trustworthiness and competence, simply by looking at the person’s face, new research shows. And they show remarkable consensus in the judgments they make, the findings suggest.

The research, led by psychological scientist Emily Cogsdill of Harvard University, shows that the predisposition to judge others based on physical features starts early in childhood and does not require years of social experience. 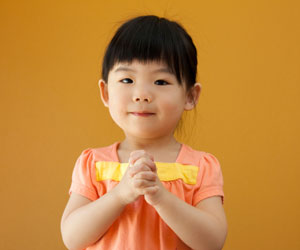 Prior research has shown that adults regularly use faces to make judgments about the character traits of others, even with only a brief glance. But it’s unclear whether this tendency is one that slowly builds as a result of life experiences or is instead a more fundamental impulse that emerges early in life.

“If adult-child agreement in face-to-trait inferences emerges gradually across development, one might infer that these inferences require prolonged social experience to reach an adultlike state,” Cogsdill and colleagues write. “If instead young children’s inferences are like those of adults, this would indicate that face-to-trait character inferences are a fundamental social cognitive capacity that emerges early in life.”

To explore these ideas, the researchers had 99 adults and 141 children (ages 3 to 10) evaluate pairs of computer-generated faces that differed on one of three traits: trustworthiness (i.e., mean/nice), dominance (i.e., strong/not strong), and competence (i.e., smart/not smart).

After being shown a pair of faces, participants might be asked, for example, to judge “which one of the people is very nice.”

As expected, the adults showed consensus on the traits they attributed to specific faces. And so did the children.

Children ages 3-4 were only slightly less consistent in their assessments than were 7-year-olds . But the older children’s judgments were in as much agreement as adults’, indicating a possible developmental trend.

Overall, children seemed to be most consistent in judging trustworthiness, compared to the other two traits. This suggests that children may tend to pay particular attention to the demeanor of a face – that is, whether it is broadly positive or negative.

Importantly, the findings do not address the question of whether the judgments the children are making are accurate inferences of character. Rather, they simply demonstrate that adults and children are consistent in the traits they attribute to faces, irrespective of the validity of those judgments.

While it is still unclear exactly when the tendency to infer character from faces first emerges, it might be possible to test younger children with the same computer-generated faces to find out.

“If such inferences take root early in development, as the data suggest, even infants might associate faces with trait-consistent behaviors, such as those conveying prosociality,” the researchers note.

Harvard psychology professor Mahzarin Banaji, the senior researcher on the study, said she and her colleagues next plan to examine how social experience over time influences social perception.

This research was supported by the E.J. Safra Center for the Study of Ethics, the Santa Fe Institute, and the National Institutes of Health.

Co-authors on this research include Elizabeth Spelke of Harvard University, as well as Alexander Todorov of Princeton University.

All data, face stimuli, and prompts used have been made publicly available via Open Science Framework and can be accessed at https://osf.io/c5kme/. The complete Open Practices Disclosure for this article can be found at http://pss.sagepub.com/content/by/supplemental-data. This article has received badges for Open Data and Open Materials. More information about the badges can be found at https://osf.io/tvyxz/wiki/view/ and http://pss.sagepub.com/content/25/1/3.full/.