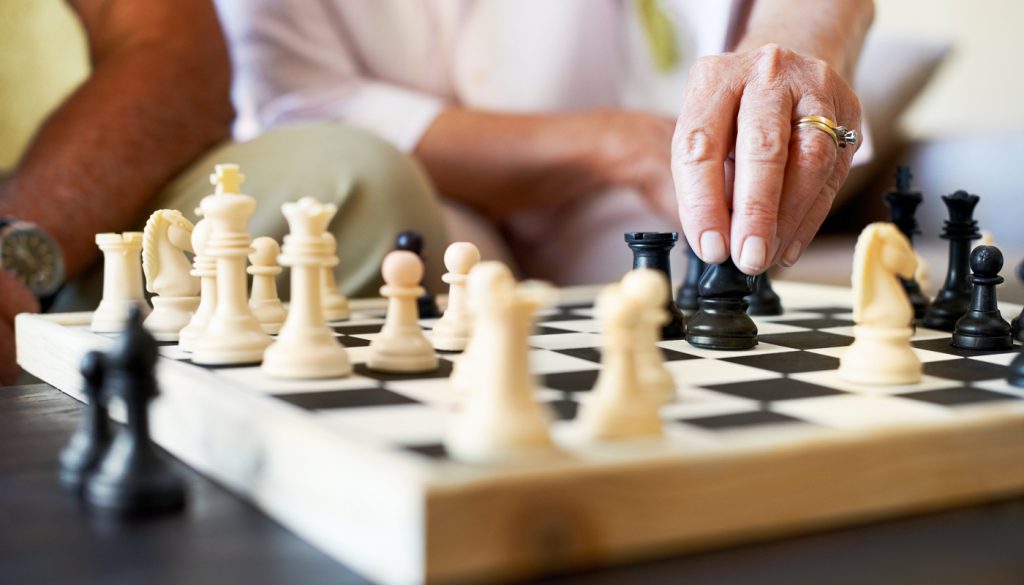 “This research is a first attempt to shed light on important, but understudied, adverse consequences of gender inequality on women’s health in later life,” explains researcher Eric Bonsang of University Paris-Dauphine and Columbia University, lead author on the study. “It shows that women living in gender-equal countries have better cognitive test scores later in life than women living in gender-unequal societies. Moreover, in countries that became more gender-equal over time, women’s cognitive performance improved relative to men’s.”

Bonsang and colleagues Vegard Skirbekk (Norwegian Institute of Public Health and Columbia University) and Ursula Staudinger (Columbia University) had noticed that the differences in men’s and women’s scores on cognitive tests varied widely across countries. In countries in Northern Europe, for example, women tend to outperform men on memory tests, while the opposite seems to be true in several Southern European countries.

“This observation triggered our curiosity to try to understand what could cause such variations across countries,” says Bonsang.

While economic and socioeconomic factors likely play an important role, Bonsang, Skirbekk, and Staudinger wondered whether sociocultural factors such as attitudes about gender roles might also contribute to the variation in gender differences in cognitive performance around the globe. They hypothesized that women who live in a society with more traditional attitudes about gender roles would likely have less access to opportunities for education and employment and would, therefore, show lower cognitive performance later in life compared with men of the same age.

The researchers analyzed cognitive performance data for participants between the ages of 50 and 93, drawn from multiple nationally representative surveys including the US Health and Retirement Study; the Survey of Health, Ageing and Retirement in Europe; the English Longitudinal Study of Ageing; and the World Health Organization Study on Global AGEing and Adult Health. Together, the surveys provided data for a total of 27 countries.

To gauge gender-role attitudes, the researchers focused on participants’ self-reported agreement with the statement, “When jobs are scarce, men should have more right to a job than women.”

Bonsang and colleagues noted that changes in gender-role attitudes within a country over time were associated with changes in women’s cognitive performance relative to men.

Although the data are correlational in nature, several more detailed analyses point toward a causal relationship. These analyses suggest that gender-role attitudes may play a notable role in important outcomes for women across different countries, the researchers argue.

“These findings reinforce the need for policies aiming at reducing gender inequalities as we show that consequences go beyond the labor market and income inequalities,” says Bonsang. “It also shows how important it is to consider seemingly intangible influences, such as cultural attitudes and values, when trying to understand cognitive aging.”

You are confusing equality with bias. Women who live in female biased societies outscore men.

Thank you for the work and time you’ve put into this study. I cannot begin to imagine where our species would be if half of it wasn’t being oppressed by the other half.

Female to male comments are fascinating. It is not an attack on men, it sheds light on hslf the worlds’ population not being properly heard or represented in politics, sports, career advancement etc. Men can’t see this as I as a woman would.
“Mansplaing” is the term of men talking about an experience they can’t know first-hand.

Those who are concerned about a reversal of gender bias are missing the key issue highlighted by this article, in countries where there are little to no opportunities for women in comparison to men, men score higher. If we give equal opportunities to learn and be successful to all people, then we see a bridging of the gap. The next interesting discovery, which is highlighted in the title of this article is that, according to this study which used data from over 25 countries, women are scoring higher on the same cognitive tasks. Why? It’s not affirmation of anyone’s superiority. It’s a simple, empirical observation. And this should absolutely be replicated and other kinds of cognitive tasks and surveying should be done to help account for any thing unaccounted for.