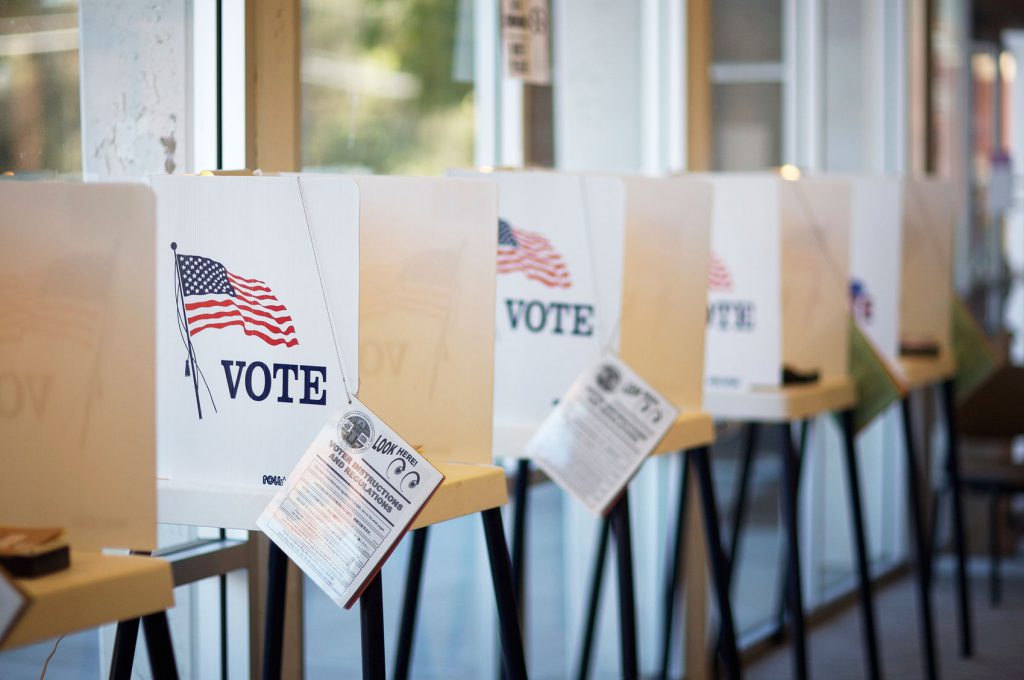 Concern over the security of the voting process has been a recurring issue in the run up to the US presidential election. Will every vote be registered accurately? Are voting systems vulnerable to tampering? These questions have weight considering that voting is a fundamental aspect of participating in a democracy, and it’s important that elections accurately reflect the will of the people. But psychological science suggests that an even bigger problem may lurk within our voting systems: poor design.

“Even though there is significant discussion about the security of our elections this year, there are many more documented cases where poor interfaces leading to user error have likely changed the outcome of an election,” says psychology researcher Philip Kortum of Rice University.

Florida’s confusing “butterfly ballot” in the presidential election of 2000 is perhaps the most high-profile case of ballot design gone wrong, but it is only one of many examples. Kortum and Byrne note that ill-conceived designs can result in ballots that are ambiguously marked, making the voter’s intention unclear. In some cases, a ballot may be so difficult to understand that people unwittingly select too many candidates or fail to select a candidate at all, effectively nullifying their vote.

“Following the fallout from the 2000 presidential election, it became clear that we did not fully understand how our voting systems were operating from a psychological perspective, and that this lack of understanding could have serious consequences in voting outcomes,” says Kortum. “Only recently have we begun to grasp the difficulties people can have with the simple act of voting because of the voting interface.”

And if you thought that the move from paper ballots to electronic ones will help to fix these design issues, think again:

“The widespread deployment of electronic voting machines over the last 10 years has failed to address this problem — sometimes even making it worse — because these systems do not incorporate what we know about the psychology of design and human error,” Kortum explains. “We had an opportunity to make things better that was largely missed.”

Unlike other technologies and interfaces, people interact with voting systems infrequently and the systems often change from one election to the next. This means voters don’t have the advantage of learning how to use the systems through repeated use.

“The most surprising thing we continue to find is that even highly motivated people who take the time to register to vote, find their polling place, and then make the effort to actually vote on election day can be led into making errors in their votes so severe that their votes don’t reflect their intent,” Kortum says.

As such, it’s especially important that voting interfaces, whether paper or electronic, are designed with the user in mind. Understanding how psychological processes like memory, attention, and perception shape voters’ interactions with these interfaces can inform the design process and help to ensure that everyone’s vote is counted.

Now is the perfect time to apply behavioral science to addressing these design issues, the researchers argue, as voting systems purchased in the wake of the 2000 Florida election are reaching the end of their useable lives.

“We are working with election officials in Texas and California as part of a team that includes computer scientists and other voting experts to build voting systems that not only have excellent security properties, but allow the voter to quickly, easily and accurately cast their vote as they intend, even if it’s the first time they have voted,” Kortum says.

Crossing Disciplines and the Lifespan

The Many Shapes of Applied Psychological Science

The National Institutes of Health and the National Science Foundation have launched a new interagency initiative dedicated to the topic of smart and connected health.