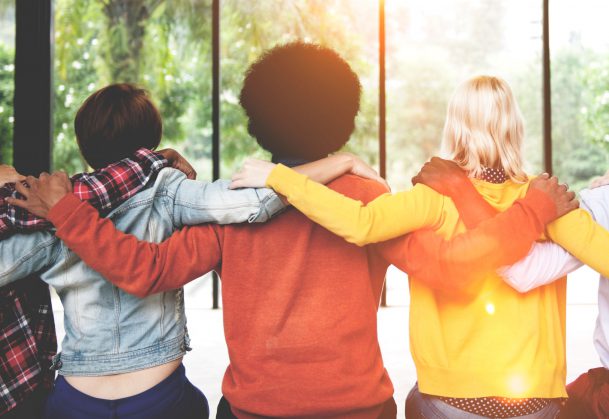 We’re often told to ‘count our blessings’ and be grateful for what we have. And research shows that doing so makes us happier. But will it actually change our behavior towards others?

Researchers Adam Grant of The Wharton School of the University of Pennsylvania and Jane Dutton of The Ross School of Business at the University of Michigan wanted to understand how reflection, in the form of expressive writing, might influence prosocial behavior. They observed that when we reflect on what we’ve received from another person, we might feel an obligation to help that person, but the motivation to help doesn’t necessarily extend to other people. And reflecting on what we’ve received from others may even cause us to feel dependent and indebted.

The researchers wondered whether thinking about times when we have given to others might be more effective in promoting helping. They hypothesized that reflecting on giving could lead a person to see herself as a benefactor, strengthening her identity as a caring, helpful individual and motivating her to take action to benefit others.

In their first experiment, the researchers studied fundraisers whose job was to solicit alumni donations to support various programs at a university. The researchers randomly split the fundraisers into two groups: one group wrote journal entries about recent experiences of feeling grateful for receiving a benefit and the other group wrote journal entries about recent experiences in which they made a contribution that enabled other people to feel grateful.

Grant and Dutton then measured how many calls each fundraiser made per hour in the two weeks before and the two weeks after the week that they spent journaling. Because the fundraisers were paid a fixed hourly rate, with no fundraising goals or incentives, the number of calls they made reflected voluntary effort to help raise funds for the university.

When the participants came to the university’s behavioral lab a few weeks later to pick up their payment for participating in the study, they were given a form describing the March 11, 2011 earthquake and tsunami in Japan. On the form, the participants were asked whether they would like to donate any portion of their $5 payment to an earthquake relief fund.

Overall, 26% of the participants donated some amount of money. Similar to the results of the first experiment, participants who reflected on giving were significantly more likely to donate (46.15%) than those in either the beneficiary (21.43%) or control condition (13.33%).

Grant and Dutton believe that the findings from these two experiments have important real-world implications.

“Helping, giving, volunteering, and other actions undertaken to benefit others play a critical role in protecting health, promoting education, fighting poverty and hunger, and providing disaster relief,” the researchers write.

This new research suggests that self-reflection about giving can be a powerful tool for motivating helping and volunteering behaviors that benefit individuals and communities. When we reflect on positive experiences, it may be worthwhile to think about what we’ve given to others—not only what we’ve received.