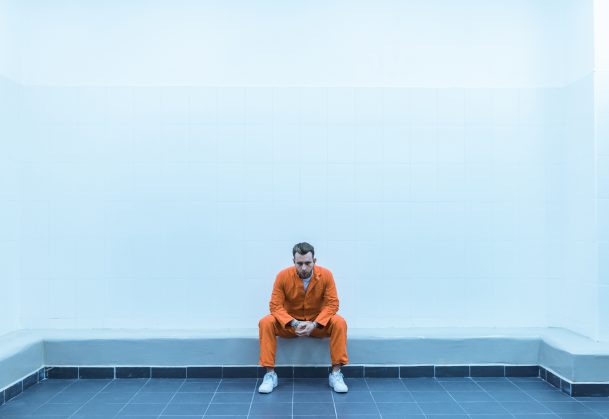 The perceived trustworthiness of an inmate’s face may determine the severity of the sentence he receives, according to research using photos and sentencing data for inmates in the state of Florida. The research, published in Psychological Science, a journal of the Association for Psychological Science, reveals that inmates whose faces were rated as low in trustworthiness by independent observers were more likely to have received the death sentence than inmates whose faces were perceived as more trustworthy, even when the inmates were later exonerated of the crime.

“The American justice system is built on the idea that it is blind to all but the objective facts, as exemplified by the great lengths we go to make sure that jurors enter the courts unbiased and are protected from outside influences during their service. Of course, this ideal does not always match reality,” say psychological scientists John Paul Wilson and Nicholas Rule of the University of Toronto, co-authors on the study.

“Here, we’ve shown that facial biases unfortunately leak into what should be the most reflective and careful decision that juries and judges can make — whether to execute someone.”

Previous research had documented a bias against faces perceived as untrustworthy, but much of the research had relied on study participants contemplating criminal verdicts hypothetically. Wilson and Rule were interested in knowing whether this bias extended beyond the lab to a very real, and consequential, decision: whether to sentence someone to life in prison or to death.

The researchers capitalized on the fact that the state of Florida maintains a comprehensive database of photos of all its inmates; Florida is also one of the states that still regularly delivers death sentences.

The researchers obtained photos of 371 male inmates on death row in Florida — 226 of the inmates were white, 145 were black, and all were convicted of first-degree murder. They converted the photos to gray scale to minimize any variations in the images and asked an online panel of 208 American adults to look at the photos and rate them on trustworthiness using a scale from 1 (not at all trustworthy) to 8 (very trustworthy). The raters also evaluated photos of age- and race-matched inmates who had also been convicted of first-degree murder but received a sentence of life in prison instead of death. Importantly, the raters did not know what sentence an inmate had received, or even that the photos depicted inmates.

This association remained even after the researchers took various other factors — such as facial maturity, attractiveness, and the width-to-height ratio of the face — into account.

The researchers point out that the inmates in the two groups had committed crimes that were technically equally severe, and neither sentence would have allowed for the inmates to return to society — as such, the motivation to protect society could not explain the harsher punishment doled out to the less trustworthy looking individuals.

“Any effect of facial trustworthiness, then, seems like it would have to come from a premium in wanting to punish people who simply look less trustworthy,” they explain.

More striking, a follow-up study showed that the link between perceived trustworthiness and sentencing emerged even when participants rated photos of inmates who had been sentenced but who were actually innocent and were later exonerated.

“This finding shows that these effects aren’t just due to more odious criminals advertising their malice through their faces but, rather, suggests that these really are biases that might mislead people independent of any potential kernels of truth,” say Wilson and Rule.

The research ultimately shows just how powerful appearances can be in guiding judgment and decision making, influencing outcomes in situations that are literally a matter of life and death.

“In a few states, like Florida, it only takes a majority of jurors to sentence someone to death. In Alabama, judges even have the power to override juries that choose a life sentence by unilaterally replacing that sentence with the death penalty, which actually happens with some regularity,” the researchers note.

“We think it is critical that people know and understand that these biases exist, else they might not have the presence of mind to police their thoughts and overcome them,” they add. “Every jury-eligible citizen is subject to participating in the process of delivering justice to others, meaning that the majority of people have a stake in better understanding how peripheral information like facial appearance can bias their ability to perform their civic duty.”

This research was funded by the Social Sciences and Humanities Research Council of Canada.

All data and materials have been made publicly available via Open Science Framework and can be accessed at https://osf.io/54skn/files/. The complete Open Practices Disclosure for this article can be found at http://pss.sagepub.com/content/by/supplemental-data. This article has received badges for Open Data and Open Materials. More information about the Open Practices badges can be found at https://osf.io/tvyxz/wiki/1.%20View%20the%20Badges/ and http://pss.sagepub.com/content/25/1/3.full.