Middle-aged Americans who show high levels of societal involvement and mental health are especially likely to construe their lives as stories of personal redemption, according to new research published in Psychological Science, a journal of the Association for Psychological Science.

Previous research has shown that adults who are inclined toward generativity — the concern for and commitment to promoting the growth and well-being of future generations — are more likely to engage in a wide range of prosocial behaviors, including positive parenting styles, political participation, and community volunteerism. 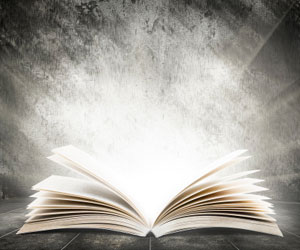 But a strong commitment to generativity can be difficult to sustain in the long run and in the face of life’s many challenges.  Therefore, highly generative adults may need to call upon a particular kind of personal story to support their generative efforts.

Psychological scientists Dan McAdams and Jen Guo of Northwestern University hypothesized that constructing a redemption narrative about one’s life, which centers on a personal mission to transform suffering into positive outcomes, might function as a psychological resource for generative adults. Redemption stories sustain hope that sacrifices and suffering today may produce positive dividends in the future, helping generative adults to persevere in their commitment to promoting the well-being of future generations.

McAdams and Guo conducted intensive 2-3-hour interviews with 157 adults ages 55 to 57, asking them to think about their lives as if they were a novel, with chapters, key scenes, characters, and themes. Each participant was asked about particular points in their life stories, including their happiest and least happy moments, a marked turning point, positive and negative early memories, a vivid adult memory, an experience of wisdom, and what the next chapter in life will bring.

Independent coders examined these interviews, analyzing the extent to which they featured the five themes that comprise a prototypical redemption narrative: the protagonist enjoys an early advantage in life (theme 1) but comes to realize that the world is a dangerous place where people suffer (theme 2), leading the protagonist to develop strong moral beliefs (theme 3) that ultimately drive future prosocial behavior (theme 4). Throughout the story, the protagonist encounters personal misfortunes that often give way to positive, redemptive outcomes (theme 5).

McAdams and Guo found that all five redemption-related life-story themes were strongly associated with self-reported generativity, just as they hypothesized. That is, adults who were more concerned about the well-being of future generations were more likely to view their lives as following the outlines of a redemption story.

And this redemption narrative was also stronger for adults who showed greater overall mental health and well-being.

“Thus, the prototype of the redemptive self appears to be a life-story format that is deeply implicated in healthy psychosocial adaptation in the midlife years,” McAdams and Guo explain.

But there were also some unexpected findings:

The researchers note that additional research will be needed to determine whether the link between generativity and redemptive life stories holds across geographic and cultural boundaries.

This research was supported by a grant from the Foley Family Foundation.