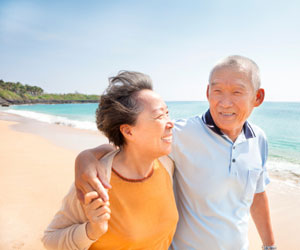 From a cognitive perspective, aging is typically associated with decline. As we age, it may get harder to remember names and dates, and it may take us longer to come up with the right answer to a question.

But the news isn’t all bad when it comes to cognitive aging, according to a set of three articles in the July 2014 issue of Perspectives in Psychological Science.

Plumbing the depths of the available scientific literature, the authors of the three articles show how several factors — including motivation and crystallized knowledge — can play important roles in supporting and maintaining cognitive function in the decades past middle age.

Lab data offer evidence of age-related declines in cognitive function, but many older adults appear to function quite well in their everyday lives. Psychological scientist Thomas Hess of North Carolina State University sets forth a motivational framework of “selective engagement” to explain this apparent contradiction.

If the cognitive cost of engaging in difficult tasks increases as we age, older adults may be less motivated to expend limited cognitive resources on difficult tasks or on tasks that are not personally relevant to them. This selectivity, Hess argues, may allow older adults to improve performance on the tasks they do choose to engage in, thereby helping to account for inconsistencies between lab-based and real-world data.

Prior Knowledge Brings Both Costs and Benefits

Episodic memory – memory for the events of our day-to-day lives – seems to decline with age, while memory for general knowledge does not. Researchers Sharda Umanath and Elizabeth Marsh of Duke University review evidence suggesting that older adults use prior knowledge to fill in gaps caused by failures of episodic memory, in ways that can both hurt and help overall cognitive performance. While reliance on prior knowledge can make it difficult to inhibit past information when learning new information, it can also make older adults more resistant to learning new erroneous information.

According to Umanath and Marsh, future research should focus on better understanding this compensatory mechanism and whether it can be harnessed in developing cognitive interventions and tools.

Popular writers and academics alike often argue that older adults, due to certain cognitive differences, are especially susceptible to consumer fraud. Psychological scientists Michael Ross, Igor Grossmann, and Emily Schryer of the University of Waterloo in Canada review the available data to examine whether incidences of consumer fraud are actually higher among older adults. While there isn’t much research that directly answers this question, the research that does exist suggests that older adults may be less frequent victims than other age groups.

Ross, Grossmann, and Schryer find no evidence that older adults are actually more vulnerable to fraud, and they argue that anti-fraud policies should be aimed at protecting consumers of all ages.

News > Latest Research News > Seeing the Glass as Half Full: Taking a New Look at Cognition and Aging