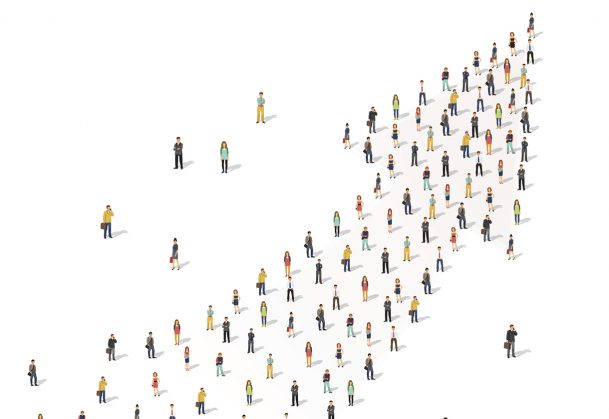 Studies showing links between personality traits and life outcomes, such as marital stability and vocational achievements, provide a reasonably accurate map of the relationship between personality and various aspects of one’s life, according to findings from a large-scale replication project. The findings are published in Psychological Science, a journal of the Association for Psychological Science.

The results of the project “provide grounds for cautious optimism about the personality–outcome literature,” says study author Christopher J. Soto, a psychology researcher at Colby College.

“Like a lot of researchers, I have been following recent discussions about the robustness of our scientific findings with great interest, but I was genuinely uncertain about how much this problem generalized to my own key area of interest: personality psychology,” he explains. To find out, Soto developed the Life Outcomes of Personality Replication (LOOPR) Project.

The LOOPR Project aimed to replicate 78 previously identified trait-outcome associations, which had been noted in a comprehensive literature review published in 2006. The project specifically examined links between the Big Five personality traits — openness to experience, conscientiousness, extraversion, agreeableness, and neuroticism — and 48 individual, interpersonal, and institutional outcomes, which ranged from subjective well-being to personal behavior to occupational performance.

Prior to conducting the study, Soto preregistered the study hypotheses, design, materials, and analysis plans on the Open Science Framework.

A total of more than 6,100 adults, from four online samples of participants, completed surveys for the study. The surveys included a version of the widely used Big Five Inventory to measure personality traits, as well as various measures of life outcomes, such as career and relationship success, political beliefs, and criminal history.

The analyses showed that the majority of the replication attempts were successful — that is, the replication attempts reproduced previously identified trait–outcome links about 85% of the time. But the LOOPR Project results showed associations between personality traits and life outcomes that were often not as strong as those originally published.

“The key reason for optimism is that the replicability estimates from this project are pretty high — true personality–outcome associations don’t seem to be outnumbered by false positives or flukes,” says Soto. “However, the replicability estimates are still a bit lower than we would expect if the personality literature didn’t have any problems with false positive results, selective reporting, or publication bias.”

“This suggests that personality research can still benefit from current efforts to improve the robustness of our science,” he says.

Soto does note certain aspects of the LOOPR Project that may account for some of the differences in the findings. Whereas the replication attempts were based on self-report surveys completed by groups of online participants, some of the original studies collected data in a different way (i.e., following people over time), used a different method (i.e., in-person interviews), or drew from a different sample (i.e., community-based sample). When both the original study and replication attempt used self-report measures, for example, the replication effect sizes tended to be larger.

Ultimately, the study represents a first step in examining the reliability of trait–outcomes associations.

“The LOOPR Project has generated a large and rich data set, so I’m excited to collaborate with other scientists to bring these data to bear on other key issues in our field,” Soto says. “These include updating and extending our understanding of how personality relates with consequential life outcomes, and testing the degree to which these personality-outcome associations generalize across factors like age, gender, and socioeconomic status.”

Dear Christopher,
Very exciting research!
How fascinating that the results absolutely lead the future “human beings” happier in their “skin”.
At which stage could a child/adult be advised/counselled to the directions most suitable to him/her to have a happy successful life?
Would you suggest a self filled questioner or a trained talent searcher to give direction early enough to a child/adult(?) to benefit most from her strengths based on his/her personality traits?
Congratulations!Fascinating:)
Kind regards,
Virag