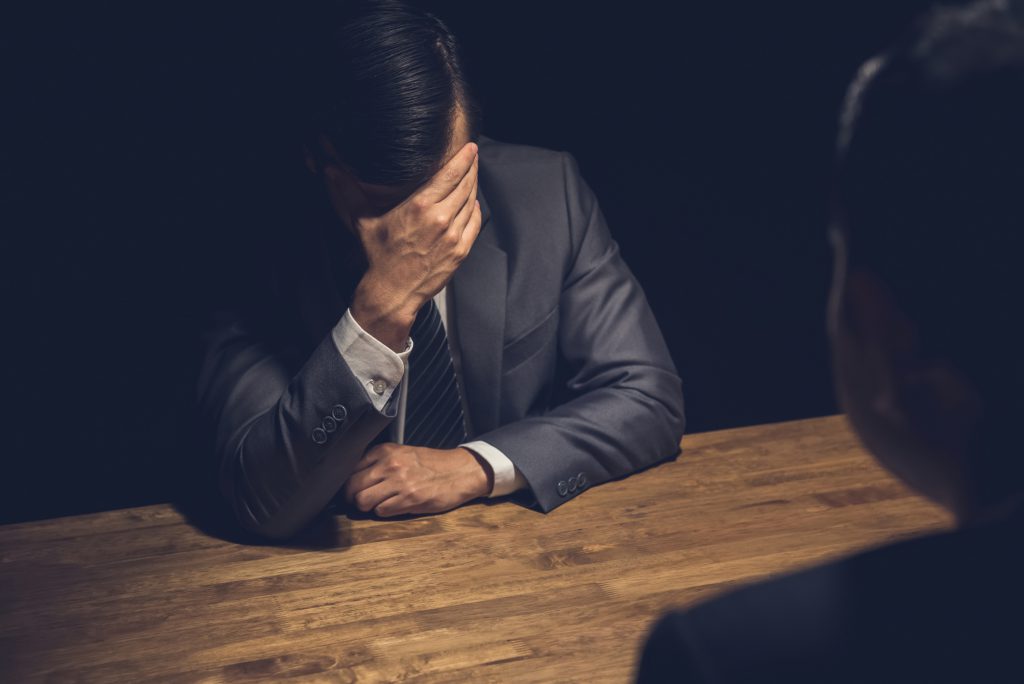 Evidence from some wrongful-conviction cases suggests that suspects can be questioned in ways that lead them to falsely believe in and confess to committing crimes they didn’t actually commit. Research provides lab-based evidence for this phenomenon, showing that innocent adult participants can be convinced, over the course of a few hours, that they had perpetrated crimes as serious as assault with a weapon in their teenage years.

“Our findings show that false memories of committing crime with police contact can be surprisingly easy to generate, and can have all the same kinds of complex details as real memories,” says psychological scientist and lead researcher Julia Shaw of the University of Bedfordshire in the UK.

“All participants need to generate a richly detailed false memory is 3 hours in a friendly interview environment, where the interviewer introduces a few wrong details and uses poor memory-retrieval techniques.”

Shaw and co-author Stephen Porter of the University of British Columbia in Canada obtained permission to contact the primary caregivers of university students participating in the study. The caregivers were asked to fill out a questionnaire about specific events the students might have experienced from ages 11 to 14, providing as much detail as possible. The caregivers were instructed not to discuss the questions with the student.

The researchers identified a total of 60 students who had not been involved in any of the crimes designated as false memory targets in the study and who otherwise met the study criteria. These students were brought to the lab for three 40-minute interviews that took place about a week apart.

In the first interview, the researcher told the student about two events he or she had experienced as a teen, only one of which actually happened. For some, the false event related to a crime that resulted in contact with the police (assault, assault with a weapon, or theft). For others, the false event was emotional in nature, such as personal injury, attack by a dog, or loss of a huge sum of money.

Importantly, the false event stories included some true details about that time in the student’s life, taken from the caregiver questionnaire.

Participants were asked to explain what happened in each of the two events. When they had difficulty explaining the false event, the interviewer encouraged them to try anyway, explaining that if they used specific memory strategies they might be able to recall more details.

In the second and third interviews, the researchers again asked the students to recall as much as they could about both the true and false event. The students also described certain features of each memory, such as how vivid it was and how confident they were about it.

The results were truly surprising.

Of the 30 participants who were told they had committed a crime as a teenager, 21 (71%) were classified as having developed a false memory of the crime; of the 20 who were told about an assault of some kind (with or without a weapon), 11 reported elaborate false memory details of their exact dealings with the police.

A similar proportion of students (76.67%) formed false memories of the emotional event they were told about.

Intriguingly, the criminal false events seemed to be just as believable as the emotional ones. Students tended to provide the same number of details, and reported similar levels of confidence, vividness, and sensory detail for the two types of event.

Shaw and Porter speculate that incorporating true details, such as the name of an actual friend, into an account that was supposedly corroborated by the student’s caregiver likely endowed the false event with just enough familiarity that it came to seem plausible.

“In such circumstances, inherently fallible and reconstructive memory processes can quite readily generate false recollections with astonishing realism,” says Shaw. “In these sessions we had some participants recalling incredibly vivid details and re-enacting crimes they never committed.”

The fact that the students appeared to internalize the false events to the extent that they did highlights the fundamental malleability of memory:

“This research speaks to the distinct possibility that most of us are likely able to generate rich false memories of emotional and criminal events,” says Shaw.

The findings have clear implications for criminal interrogation and other aspects of legal procedure, affecting suspects, witnesses, and those involved in both law enforcement and legal counsel. But they may also apply to interviews that take place in various other contexts, including therapeutic or even personal settings.

“Understanding that these complex false memories exist, and that ‘normal’ individuals can be led to generate them quite easily, is the first step in preventing them from happening,” says Shaw. “By empirically demonstrating the harm ‘bad’ interview techniques – those which are known to cause false memories – can cause, we can more readily convince interviewers to avoid them and to use ‘good’ techniques instead.”

Investigating the specific characteristics of interviewers and interview tactics that contribute to false memories can help improve interviewing procedure and minimize the risk of inducing false memories, the researchers conclude.

The researchers were supported by the University of British Columbia through the Lashley and Mary Haggman Memory Research Award and the Social Sciences and Humanities Research Council of Canada.

For all those interested in an Australian case for which there is NO hard evidence a killing ever took place, but for which an innocent person was sentenced to 28 years imprisonment with no parole, read the pdf (FIND! FALCONIO; 2nd edition, 2012, 500pp) FREE copies BIGWORMBOOKS@gmx.net

What happened with these test subjects? Were they ever told they had not, in fact, committed crimes? It seems that to leave the subjects with false memories of crimes and emotional events is unethical and could cause long-term emotional damage.

Yes, in the supplementary material to the research paper, you can find a transcript of the debriefing:
“(Read first followed by detailed discussion)
Thank you very much for participating in this study. We really appreciate your time and you did really well. I want
you to know that we had to use some deception with you in this experiment. First of all, the researcher who just
talked to you was a confederate, you will not need to participate in additional research. More importantly, the true
purpose of the entire experiment was not only to find out how well you could recall a real event but also to see if we
could convince you of an event which did not occur. We were interested in finding out whether participants’
memories for the events which did not occur (according to your parents) differed in content from memories for
events which did occur. One of the events we spoke about, _________, was an event which we are relatively certain
did not happen to you. In fact, your parents told us that it did not occur. Before I continue explaining, I have a few
questions. […]”

I falsely confessed to a dui I was being interrogated for sweavering. I admitted to taking something I didn’t take. I was scared out of my mind.Then they got me for refusing the breathizer. When I should have blown in instead of blowing out. I had been off my meds for 4 days straight. My parents didn’t get me out onto 3 days later. I couldn’t prove I’m not drunk because I was given the field sobriety test. They have video or audio its her word vs mine and I know I’m going to lose. I want to kill myself over it. I hate myself for it because I lost my job and my license and there no way of getting it back until 6 months from now.