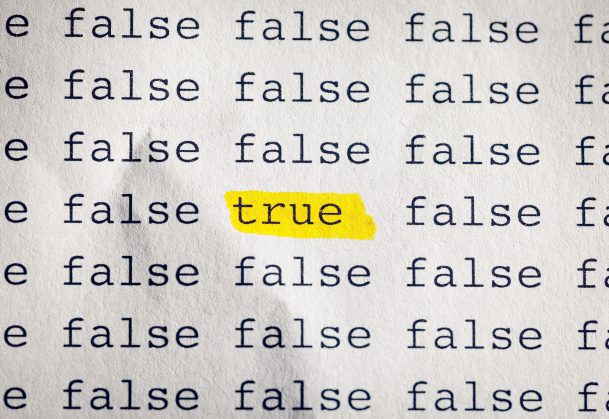 Childhood vaccines do not cause autism. Global warming is confirmed by science. And yet, many people believe claims to the contrary.

The main reason that misinformation is sticky, according to the researchers, is that rejecting information actually requires cognitive effort. Weighing the plausibility and the source of a message is cognitively more difficult than simply accepting that the message is true – it requires additional motivational and cognitive resources. If the topic isn’t very important to you or you have other things on your mind, misinformation is more likely to take hold.

And when we do take the time to thoughtfully evaluate incoming information, there are only a few features that we are likely to pay attention to: Does the information fit with other things I believe in? Does it make a coherent story with what I already know? Does it come from a credible source? Do others believe it?

Misinformation is especially sticky when it conforms to our preexisting political, religious, or social point of view. Because of this, ideology and personal worldviews can be especially difficult obstacles to overcome.

Even worse, efforts to retract misinformation often backfire, paradoxically amplifying the effect of the erroneous belief.

“This persistence of misinformation has fairly alarming implications in a democracy because people may base decisions on information that, at some level, they know to be false,” says Lewandowsky.

Though misinformation may be difficult to correct, all is not lost. According to Lewandowsky, “psychological science has the potential to counteract all those harms by educating people and communicators about the power of misinformation and how to meet it.”

In their report, Lewandowsky and colleagues offer some strategies for setting the record straight.

Research has shown that attempts at “debiasing” can be effective in the real world when based on these evidence-based strategies.

The full report and the accompanying commentary are available free online.

News > Latest Research News > Misinformation: Psychological Science Shows Why It Sticks and How to Fix It