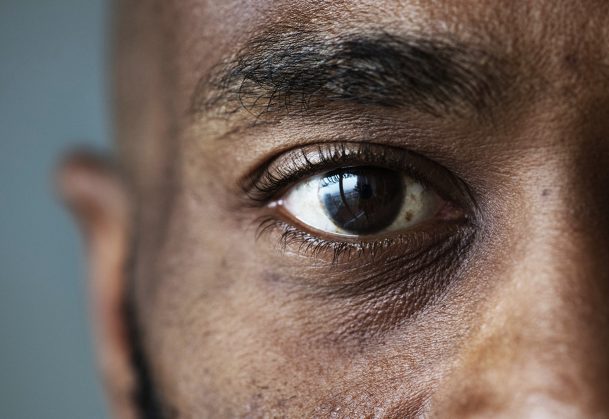 People often mimic each other’s facial expressions or postures without even knowing it, but research shows that they also mimic the size of each other’s pupils, which can lead to increased trust. The findings, published in Psychological Science, a journal of the Association for Psychological Science, reveal that participants who mimicked the dilated pupils of a partner were more likely to trust that partner in an investment game, but only when the partner was part of the same ethnic group.

“People generally underestimate the importance of pupils, despite the fact that we look into them each day. The pupil provides a rich source of social information — we can force a smile, but we can’t force our pupils to dilate or constrict,” says psychological scientist Mariska Kret of Leiden University, lead author on the study.

“Our findings show that humans synchronize their pupil size with others and this behavior — over which we have no voluntary control — influences social decisions.”

In previous work, Kret and colleagues found that humans and chimpanzees synchronized their pupil size specifically with members of their own species. The researchers hypothesized that pupil mimicry might be important for the establishment of a bond of trust between two individuals. Dilated pupils are typically perceived as a sign of safety, suggesting that mimicry of another person’s dilated pupils may lead to a sense of mutual trust. Constricted pupils, on the other hand, tend to be perceived as a sign of threat — thus, the researchers did not expect that mimicry of constricted pupils would be associated with trust.

Kret and colleagues Agneta Fischer and Carsten De Dreu of the University of Amsterdam recruited 61 Dutch university students to participate in an investment game. The students were told that, for each trial, they would see a short video clip of their partner and would then have to decide whether to transfer 5 Euros or 0 Euros to that partner. The clip was actually a manipulated image of a pair of eyes, programmed to show pupils that either dilated, constricted, or remained static over a period of 4 seconds.

The participants were told that their investment would be tripled and their partner would then choose what portion of the money (if any) to give back to the participant. Thus, the participant had to make a quick decision about whether they should trust the partner and invest the 5 Euros, in the hope of seeing a greater return. In reality, all of the partners’ choices were determined and randomly assigned by the researchers.

As expected, the results showed that participants were more likely to trust partners whose pupils had dilated, especially when the eyes indicated a happy expression.

And data captured by eyetracking technology showed that the participants tended to mimic their partners’ pupils, whether they were dilating or constricting.

Most importantly, mimicking a partner’s dilating pupils was associated with the decision to invest money — but only when the partner’s eyes had a Western European appearance.

According to the researchers, these findings suggest that group membership plays an important role in how we interpret pupil signals. In this study, participants were more likely to trust partners with dilated pupils when they belonged to the same group (Western European descent) than when they didn’t belong to the same group (Asian descent).

“The results of the current study further confirm the important role for the human eye in what people love and fear,” the researchers write. “More specifically, pupil mimicry is useful in social interactions in which extending trust and detecting untrustworthiness in others go hand in hand, and it benefits in-group interactions, survival, and prosperity.”