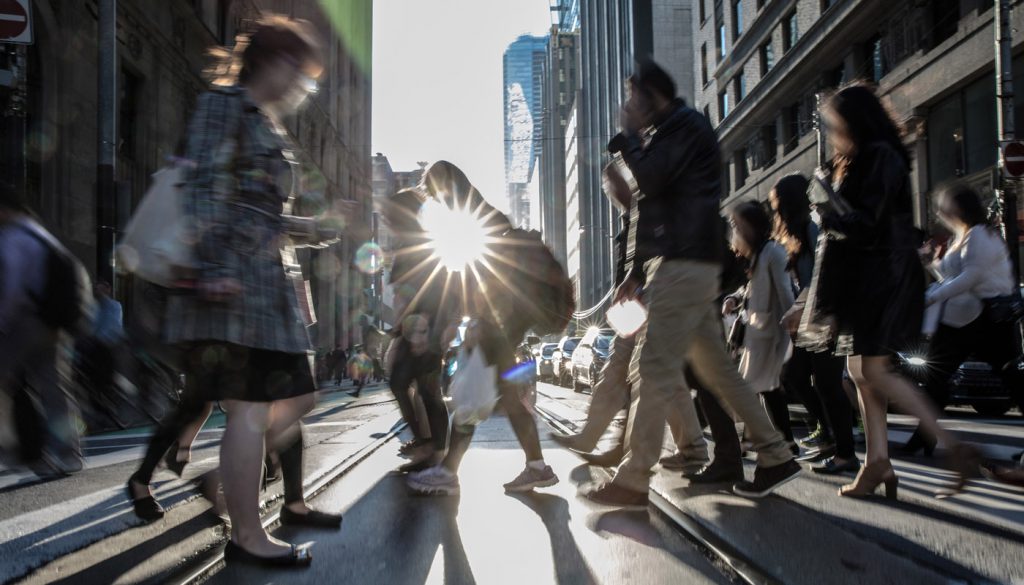 “Much of the research on the manifestation of rising individualism—showing, for example, increasing narcissism and higher divorce rates—has focused on the United States. Our findings show that this pattern also applies to other countries that are not Western or industrialized,” says psychology researcher Henri C. Santos of the University of Waterloo. “Although there are still cross-national differences in individualism-collectivism, the data indicate that, overall, most countries are moving towards greater individualism.”

In general, individualist cultures tend to conceive of people as self-directed and autonomous, and they tend to prioritize independence and uniqueness as cultural values. Collectivist cultures, on the other hand, tend to see people as connected with others and embedded in a broader social context – as such, they tend to emphasize interdependence, family relationships, and social conformity.

To measure individualistic practices across cultures, the researchers examined data on household size, divorce rates, and proportion of people living alone. To measure individualistic values, they examined data on the importance that people place on friends versus family, how important people believe it is to teach children to be independent, and the degree to which people prioritize self-expression as a national goal.

Santos, Varnum, and Grossmann also looked at data on specific socio-ecological factors – including the level of socioeconomic development, disaster frequency, incidence of infectious disease, and extreme temperatures in each country – to examine whether they might account for any shifts in individualism over time.

Overall, the results showed a clear pattern: Both individualistic practices and values increased across the globe over time. Specifically, statistical models indicated that individualism has increased by about 12% worldwide since 1960.

Only four countries—Cameroon, Malawi, Malaysia, and Mali—showed a substantial decrease in individualistic practices over time, while 34 out of 41 countries showed a notable increase.

And only five countries—Armenia, China, Croatia, Ukraine, and Uruguay—showed a substantial decrease in individualistic values over time, with 39 out of 53 countries showing a substantial increase.

While the data indicated an overarching trend toward greater individualism, the researchers noted that sizable differences between countries remained through 2011.

Several socio-ecological factors — including more frequent disasters, less prevalent infectious disease, and less climatic stress in poorer countries — were linked with individualism, but increased socioeconomic development was the strongest predictor of increased individualism over time. Various aspects of development were related to increases in individualism, particularly increases in the proportion of white-collar jobs, in education levels, and in household income.

“I hope that these findings encourage psychologists in a variety of countries to take a more in-depth look at the rise of individualism within their respective countries,” says Santos.

Santos and Grossmann are hoping to continue this line of research, studying other predictors of cultural change, including migration and shifts in ethnic diversity, and also the potential consequences that rising individualism may have on a global scale.

Work on this manuscript was supported by Insight Grant 435-2014-0685 from the Social Sciences and Humanities Research Council of Canada to I. Grossmann.

All code and data have been made publicly available at the Open Science Framework. The complete Open Practices Disclosure is available online. This article has received the badge for Open Data.

I’m interested in the result that China is one of the countries in which there was a substantial decrease in individualisted values.

This is a good article of Our social world today. As individualistic culture is killing us fast.
It has created a big gap between the rich and poor in the African countries particularly in Nigeria.

Individualism doesn’t equate selfishness. In fact, it seems that there is a positive correlation between altruism and individualism (https://www.npr.org/sections/13.7/2018/02/05/581873428/could-a-more-individualistic-world-also-be-a-more-altruistic-one).

Individualism, that is the emphasis on individual rights and autonomy, has focus on the welfare of the general, inclusive group of individuals (E.g. internationalism, egalitarianism). It advocates eliminating the socioeconomic hierarchy, and has high tolerance for deviants and nonconformists.

Collectivism, on the other hand, has focus on the welfare of exclusive, limited group of individuals, especially if the individual is the part of that collective(E.g. ethnic/civic nationalism, gender chauvinism). It is about separating the “in-group”, and the “out-group”; it seeks to maintain the social hierarchy and is hostile to deviants.

Overall, it could be said that individualists value a inclusive, democratic, diverse society, while collectivists value an exclusive, hierarchical, traditionalist society.

Another apparent cause of divorce…

In an individualistic society like ours, you must “discover yourself”, whereas elsewhere, your identity is much more socially-determined. The problem is that, for so many people, their identities aren’t fully formed until after they marry. By the time you do discover yourself (at least for the time being), you may be completely unrecognizable from the person your spouse had married.

Excerpt from the article: “Much of the research on the manifestation of rising individualism—showing, for example, increasing narcissism and higher divorce rates—has focused on the United States. Our findings show that this pattern also applies to other countries that are not Western or industrialized…”

Very Interesting times ahead for societies of the World. Hoping to contribute(one day) towards research in this field of study. Thank you for sharing this knowledge with us.