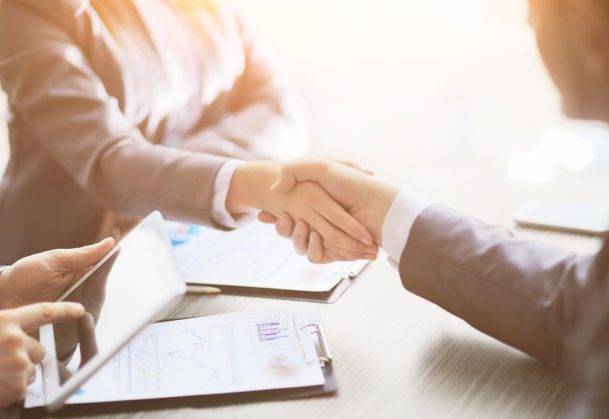 Think of a stereotypical salesperson and you’re likely to conjure up someone who’s extraverted, gregarious, and assertive. But a new study reveals that “ambiverts,” people who are neither introverted nor extraverted but who fall somewhere in between, tend to be the most effective salespeople.

Researcher Adam Grant of The Wharton School of the University of Pennsylvania was driven to explore the relationship between sales and personality traits after realizing there was a significant gap in research on the topic.

“Although there are plenty of claims in the literature that more extraverted salespeople would perform better, the evidence was surprisingly weak,” says Grant.

Based on his own research, Grant predicted that extraverts wouldn’t outshine everyone else — rather, people who had qualities of both extraversion and introversion would be the most effective in making and closing sales.

Grant is a widely recognized expert on the science behind initiative, leadership, and work motivation, and is the author of the new book Give and Take: A Revolutionary Approach to Success. For this particular study, he conducted a personality survey and collected three-month sales records for more than 300 salespeople, both men and women.

Grant was surprised to find that people on the two ends of the spectrum — extreme introverts and extreme extraverts — brought in relatively equal amounts of revenue.

The study’s findings suggest that the classic stereotype of the extraverted salesperson misses an important concept: Personality traits like extraversion have costs and benefits. The same attributes that facilitate job performance at moderate levels can become “too much of a good thing” at extreme levels.

Extreme extraverts might lose sales because they don’t listen carefully enough to their customers, dominating the conversation with their own perspectives and ideas. At the same time, extraverts might be assertive and enthusiastic to a fault, leaving customers wary and cautious about being manipulated.

Ambiverts, on the other hand, seem to strike a balance between the two personality traits:

“The ambivert advantage stems from the tendency to be assertive and enthusiastic enough to persuade and close, but at the same time, listening carefully to customers and avoiding the appearance of being overly confident or excited,” Grant explains.

Personality data indicate that most people fall into the ambivert range, so the average Jane or Joe may actually be better suited for sales than the stereotypical salesperson we’re likely to think of.

Grant believes that this research has the power to inform job applicants, managers, and training staff alike.

Managers, for example, can work to make sure that their selection and hiring processes aren’t biased in favor of extraverts. And training staff should keep in mind that training extraverts to hone their listening skills may be just as important as training introverts to develop their assertiveness and enthusiasm.

News > Latest Research News > In Sales, Confidence and Charisma May Not Seal the Deal