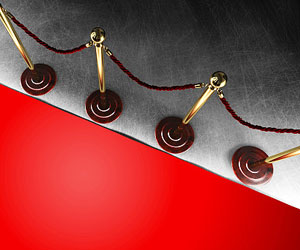 Research has long shown that people prefer to be in groups that are thought to have higher status or cultural value as a way of boosting self-image and projecting an impressive image to others. Despite the fact that separations between groups are often arbitrary, and that there may be as much variation within a group as between groups, membership in particular groups can convey significant personal and social benefits.

Psychology researcher Paul Rozin of the University of Pennsylvania was prompted to investigate the ways in which individuals and institutions communicate their group membership as a result of many years of observation, after “noticing the behavior of people just promoted to a better position, or just after receiving a degree, or being admitted to a relatively exclusive group.”

In one study, Rozin and co-authors Sydney E. Scott, Hana Zickgraf, Flora Ahn, and Hong Jiang, all of the University of Pennsylvania, examined how universities promoted themselves in the “About Us” sections of their own websites.

They found that master’s universities — which are at the border of the university category, offering some master’s-level programs but typically few doctoral-level programs — were more likely to emphasize “university”when referring to themselves. Specifically, master’s universities used the word “university”in 62.2% of self-references, whereas national universities — which offer undergraduate, master’s, and doctoral degrees — used the word in only about 46.4% of self-references.

Similarly, the researchers found that small international airports were more likely to emphasize their “international” status than were large airports.

The researchers also found evidence of the phenomenon at the individual level in undergraduates’ descriptions of their universities.

The data showed that Penn students were more likely to mention “Ivy League” or “Ivy” in describing their university than were Harvard students.

The researchers believe this phenomenon likely occurs in many other situations. They hypothesize that individuals may emphasize marginal membership in high-status professional groups, including “greater use of doctor titles by osteopaths, dentists, and chiropractors as opposed to medical doctors” and “greater display of officer status by lieutenants as opposed to colonels, and may also highlight marginal membership in high-status socioeconomic group membership, including “greater display of wealth by the nouveau riche than by ‘old money.’”

“We believe that effects like those illustrated here are widespread, although it is sometimes difficult to collect the appropriate data,” the researchers write.

This research was supported by funds from the Positive Psychology Center at the University of Pennsylvania.

All data and some materials have been made publicly available via Open Science Framework and can be accessed at https://osf.io/28ejf/. Some of the materials are not posted because of copyright concerns. The complete Open Practices Disclosure for this article can be found at http://pss.sagepub.com/content/by/supplemental-data. This article has received the badge for Open Data. More information about the Open Practices badges can be found at https://osf.io/tvyxz/wiki/view/ and http://pss.sagepub.com/content/25/1/3.full.