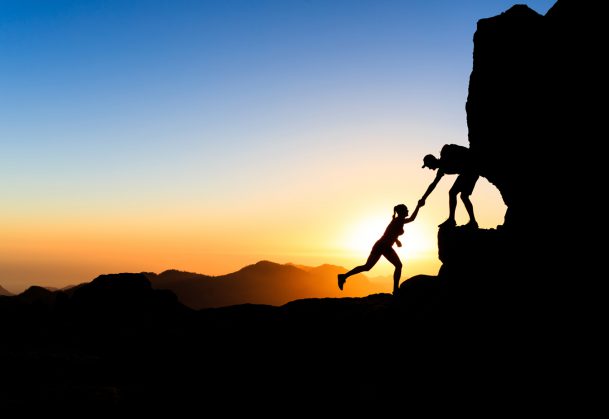 You might think that a loving partner helps keep you on track—say, when you want to stick to your jogging or concentrate on your studies. But a new study in Psychological Science, a publication of the Association of Psychological Science, reports the opposite: Thinking about the support a significant other offers in pursuing goals can undermine the motivation to work toward those goals—and can increase procrastination before getting down to work.

The study’s authors, psychological scientists Gráinne M. Fitzsimons of Duke University and Eli J. Finkel of Northwestern University, call this phenomenon “self-regulatory outsourcing”—the unconscious reliance on someone else to move your goals forward, coupled by a relaxation of your own effort. It happens with friends and family, too.

Does this mean love doesn’t bring out the best in us? Yes and no, says Fitzsimons. “If you look just at one goal” in isolation—as the study does—“there can be a negative effect. But relying on another person also lets you spread your energy across many goals, which can be effective if your partner is helpful.”

The authors conducted three online experiments with participants recruited from a data-collection service. In the first, of 52 women, some were asked to focus on a way their partners helped them reach health and fitness goals; the control group instead entertained thoughts of their partners helping them with career goals. When asked how diligently they intended to work toward getting fitter and healthier in the coming week, the first group planned to put in less effort than the second.

Facing an academic goal, people also unconsciously outsourced their exertion to helpful partners. In the second experiment, 74 male and female students were given a means of procrastination—an engaging puzzle—before completing an academic achievement task that would help them improve their performance at university. Those who had mused about how their partner helps them with academic achievement procrastinated longer, leaving themselves less time to work productively on the academic task, than did control group participants.

“The first experiment was about intention. The second captures behavior,” says Fitzsimons.

But recognizing dependency also inspired devotion—and commitment. “In our study, women reported that their partners were very useful for their ongoing goals, giving examples like ‘I’d never get to the gym if my husband didn’t watch the children,’ or ‘I couldn’t stick to my diet without his support.’” Among 90 female participants, those who outsourced more to their significant other were also more likely to say they were committed to making sure their relationship would persist over time, suggesting that outsourcing can lead to positive relationship outcomes.