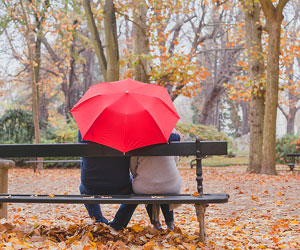 After a betrayal of trust, what motivates an aggrieved partner to try and resolve the problem instead of walking away or seeking revenge? Many studies have indicated that how people respond to a partner’s betrayal is associated with how committed they feel to their relationship, raising the possibility that boosting people’s feelings of commitment may lead them to choose less destructive responses.

A new multi-lab research project aimed at replicating the primary evidence for a causal link between commitment and betrayal confirmed the association between feelings of commitment and responses to betrayal. However, the replication project could not confirm the causal link because the experimental task used in the original study did not effectively alter people’s levels of commitment.

Finkel and colleagues hypothesized that commitment to one’s partner would promote pro-relationship motives and, ultimately, forgiveness. In the 2002 study, the researchers designed an experimental manipulation to test their hypothesis. Undergraduate participants randomly assigned to a “high-commitment” group responded to prompts intended to activate thoughts about dependence and commitment (e.g., “Describe two ways in which you feel that your life has become ‘linked to’ your partner.”). Students in the “low-commitment” group responded to prompts that activated thoughts related to independence and lack of commitment (e.g., “Describe two ways in which you are independent of your partner.”).

The students then completed a second survey, ostensibly for an unrelated study. They read descriptions of 12 hypothetical acts of betrayal (e.g., “Your partner lies to you about something important.”) and rated how likely they would be to respond in certain ways (e.g., feel angry that partner can’t be honest, talk to partner to resolve the situation, try to understand partner’s point of view, come up with ways to get even).

Finkel and co-authors found that students who were prompted to feel high levels of commitment reported less destructive and neglectful responses to the betrayal than did the students who had been prompted to feel low levels of commitment. Contrary to the researchers’ hypothesis, students in the high-commitment group were not any more likely than their peers to choose responses aimed at understanding and resolution.

The researchers interpreted the results of the 2002 study as indicating that highly committed individuals may choose not to engage in relationship-destructive reactions with the intent of forgiving their partners’ transgressions.

The study was novel in its use of an experimental technique to induce varying levels of self-reported relationship commitment, and it offered critical insight into the importance of commitment as a potential predictor of relationship outcomes.

Although a number of studies find an association between self-reported subjective commitment and responses to betrayal, this experimental evidence for a causal role had not been directly replicated. Cheung, Campbell, and LeBel developed a protocol for a robust, multi-lab replication initiative, working closely with Finkel, lead author on the original study, to ensure that the RRR was as complete and consistent with the original study as possible. In total, 16 labs completed independent, preregistered replications of the 2002 study, following the same vetted protocol.

In line with earlier correlational studies, the combined results of the independent replications confirmed the existence of an association between feelings of commitment and responses to betrayal. People who reported feeling more committed to their relationships chose responses that were simultaneously less destructive and more constructive compared to those who felt less committed.

However, the combined results were inconsistent with the findings of the original study demonstrating a causal link; the replications provide no evidence that prompting individuals to think about commitment affects how they respond to betrayal, in either destructive or constructive ways. This may be due to the fact that the commitment prompt did not have the intended effect – that is, the high- and low-commitment groups did not actually report feeling different levels of commitment, in contrast to the original study.

According to Cheung and colleagues, the reason for the discrepancy in how people responded to the commitment prompt between the original study and the RRR studies is unclear, but they note that the results were consistent across the 16 labs participating in the RRR. This suggests that differences in context or cohort across labs are unlikely to account for the difference.

“Although I am surprised by the failure of the manipulation check and disappointed that the results of the RRR did not confirm the causal effects my colleagues and I originally reported, I deeply respect the process,” Finkel writes in a commentary accompanying the RRR. “It has left us with major unanswered questions, but it has also left us wiser than we were before.”