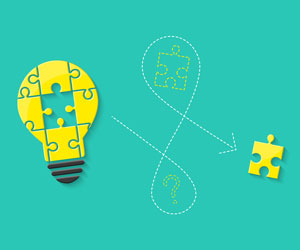 Neuroimaging data can reveal the mental stages people go through as they are solving challenging math problems, according to a new study published in Psychological Science, a journal of the Association for Psychological Science. By combining two analytical strategies, researchers were able to use functional MRI to identify patterns of brain activity that aligned with four distinct stages of problem solving.

“How students were solving these kinds of problems was a total mystery to us until we applied these techniques,” says psychological scientist John Anderson of Carnegie Mellon University, lead researcher on the study. “Now, when students are sitting there thinking hard, we can tell what they are thinking each second.”

Insights from this work may eventually be applied to the design of more effective classroom instruction, says Anderson.

The study emerges from an ongoing line of research that uses brain imaging to understand the sequence of processes that underlie thinking. While neuroimaging research has provided a window into various aspects of cognition, how these pieces fit together into a coherent whole, as people complete real tasks in real time, is not clearly understood.

Anderson wondered whether two analytical approaches – multivoxel pattern analysis (MVPA) and hidden semi-Markov models (HSMM) – could be combined to shed light on the different stages of thinking. MVPA has typically been used to identify momentary patterns of activation; adding HSMM, Anderson hypothesized, would yield information about how these patterns play out over time.

Anderson and colleagues Aryn A. Pike and Jon M. Fincham decided to apply this combined approach to neuroimaging data collected from participants as they solved specific types of math problems. To gauge whether the stages that were identified mapped on to actual stages of thinking, the researchers manipulated different features of the math problems; some problems required more effort in coming up with an appropriate solution plan and others required more effort in executing the solution. The aim was to test whether these manipulations had the specific effects one would expect on the durations of the different stages.

The researchers brought 80 participants to the lab – after practicing using specific strategies to solve the math problems, the participants then answered a series of target problems while in the scanner. They received feedback for each problem, with answers turning green if they were correct and red if they were incorrect.

Using the HSMM-MVPA method to analyze the neuroimaging data, Anderson and colleagues identified four stages of cognition: encoding, planning, solving, and responding. The results showed that the planning stage tended to be longer when the problem required more planning, and the solution stage tended to be longer when the solution was more difficult to execute, indicating that the method mapped onto real stages of cognition that were differentially affected by various features of the problems.

“Typically, researchers have looked at the total time to complete a task as evidence of the stages involved in performing that task and how they are related,” says Anderson.  “The methods in this paper allow us to measure the stages directly.”

Although the study focused specifically on mathematical problem solving, the method holds promise for broader application, the researchers argue. Using the same method with brain imaging techniques that have greater temporal resolution, such as EEG, could reveal even more detailed information about the various stages of cognitive processing.

This work was supported by National Science Foundation Grant No. DRL-1420008 and by a James S. McDonnell Foundation Scholar Award.

“Now, when students are sitting there thinking hard, we can tell what they are thinking each second.”