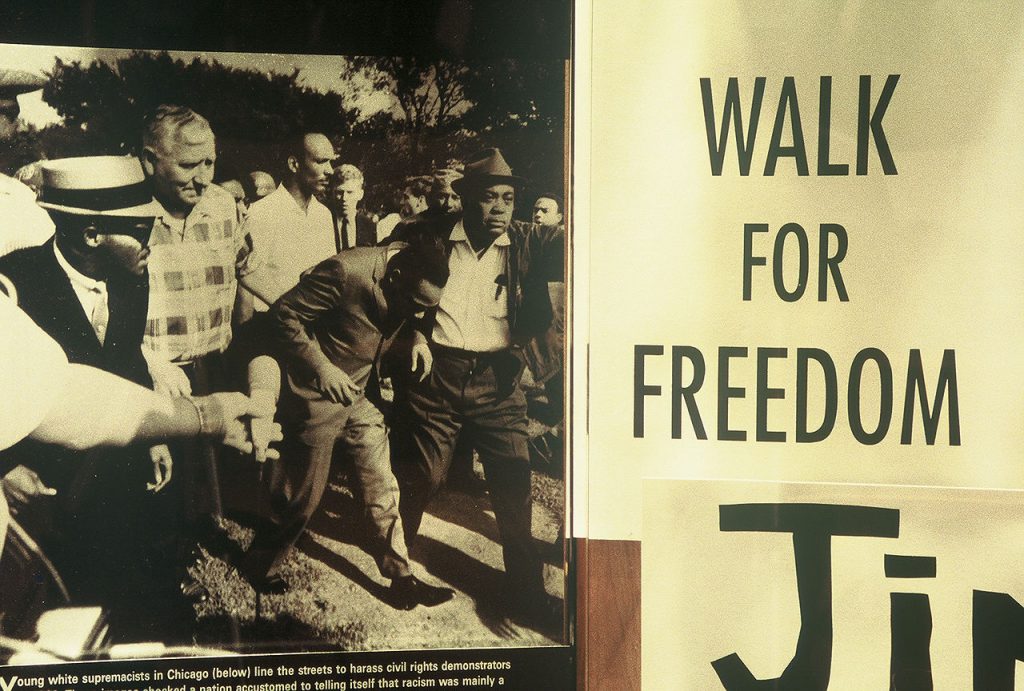 New research suggests that commonly observed differences in how groups perceive racism may be explained by ignorance about — and even denial of — the extent of racism over the course of history.

The research, conducted by psychological scientists at the University of Kansas and Texas A&M University, indicates that African Americans had more accurate knowledge of historically documented racism compared to European Americans. This difference in historical knowledge partially accounted for group differences in perceptions of racism, both at a systemic and an incident-specific level.

To assess whether individuals from minority groups might be more attuned to the reality of racism, the researchers adopted methods from work in signal detection theory. Their research is reported in Psychological Science, a journal of the Association for Psychological Science.

College students — 199 European American students and 74 African American students — completed a “Black history” test in which they had to judge whether statements about past incidences of racism were true or false. Some statements discussed well-documented incidents that experts agree are true, representing the factual signal. Other statements concerned incidents that were plausible but fabricated, representing the fictional noise.

The students also completed measures that assessed their self-esteem in relation to their racial identity and their perceptions of both systemic racism and isolated incidents of racism.

As the researchers predicted, historical knowledge was a positive predictor of racism perception for both African Americans and European Americans.

However, as a group, African Americans were more accurate in identifying historically true events. Compared to European American participants, they identified more factual, but not false, events as true. Further analyses indicate that greater knowledge of historically documented racism may help to explain, at least in part, the observed relationship between race and perceptions of racism.

Together, these findings are consistent with the hypothesis that perceptions of racism are influenced by the relevance of one’s racial identity. Individuals in the majority group may be less likely to perceive systemic racism because it presents a greater challenge to a mainstream worldview.

“Although popular and scientific understandings tend to portray ignorance as a lack of knowledge, this work emphasizes that ignorance itself is a form of knowledge that makes it possible to ignore or remain unaware of things that might otherwise be obvious,” say the researchers.

The researchers note that their findings are echoed in the lyrics to a song from the late Bob Marley: “If you know your history/then you will know where you’re comin’ from/and you wouldn’t have to ask me/who the heck do I think I am.”

The work was part of dissertation research that Jessica Nelson conducted with Glenn Adams at the University of Kansas. Their collaborator and co-author on the work is Phia Salter of Texas A&M University.