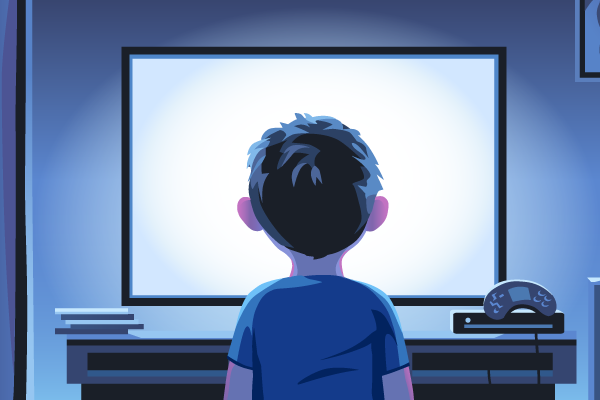 Summary: If you are worried about violent video games triggering aggressive behavior in children, new research may help to alleviate your concerns.

The coronavirus pandemic put a damper on many traditional summertime activities for kids, like trips to the pool and youth camps. This gave more opportunity for children to socialize with friends virtually through online gaming. But many hours of extra screen time may have worried parents, especially in light of a highly publicized 2015 report by the American Psychological Association (APA) linking violent video games with aggressive behavior in children.

However, a recent reanalysis of these findings published in the journal Perspectives on Psychological Science came to a very different conclusion, finding no clear link between video game violence and aggression in children. Both the 2015 and the 2020 studies were meta-analyses, statistical methods of finding significant patterns in a large group of independent studies.

“Our new meta-analysis found that the evidence base was not sufficient to make the conclusions outlined in the 2015 report,” said Christopher J. Ferguson, lead author on the new paper and a professor of psychology at Stetson University. “We found that violent video games do not appear to be linked to aggression.”

When Ferguson and his colleagues reexamined the data used in the earlier meta-analysis, they found that it did not include most of the existing studies of video games and violence and failed to take quality issues into consideration.

“Studies that are well designed, such as those using standardized and well-validated aggression measures, almost never find evidence for negative, violent effects,” said Ferguson. “Our new meta-analysis also illustrates the need to focus on well-designed studies when researching the impact of violent media.”

“Games are now more important than ever for socialization, feeling autonomy and control during an uncertain time, and just de-stressing,” said Ferguson.

Additional research on the potential connection between video games and violent behavior is featured in the APS Research Topic Video Games and Violence.

Perspectives on Psychological Science is a bimonthly journal publishing an eclectic mix of provocative reports and articles, including broad integrative reviews, overviews of research programs, meta-analyses, theoretical statements, and articles on topics such as the philosophy of science, opinion pieces about major issues in the field, autobiographical reflections of senior members of the field, and even occasional humorous essays and sketches.

Games Can Be Good – When You Play for the Right Reasons

The effects of playing video games on well-being seem to depend largely on why and how an individual chooses to partake.