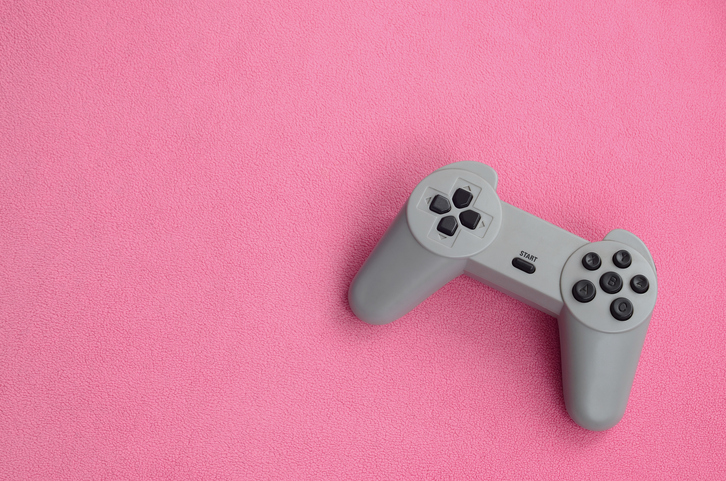 Video games aren’t what they used to be. Since the invention of Tennis for Two in 1958, the gaming industry has blossomed into a $30-billion-a-year industry, with over 65% of US households having at least one computer, console, or handheld device used to play video games.

While the industry has evolved, the image of gamers as scruffy adolescent boys shouting into a headset in their parents’ basement persists. The numbers, however, tell a different story, write Yemaya J. Halbrook, Aisling T. O’Donnell, and Rachel M. Msetfi (Univeristy of Limerick, Ireland) in Perspectives on Psychological Science.

The average gamer is 35 years old, with women and girls constituting 41% of the gaming market. And, as with social media, shopping, and a range of other potentially problematic activities, the effects of gaming on well-being seem to depend largely on why and how an individual chooses to partake.

“Video games themselves should not be considered either ‘good’ or ‘bad’; rather, the effect on well-being depends on the aspects [of game play] present, motivation behind game play, and gaming in moderation,” write Halbrook and colleagues.

Social gaming in particular can positively influence well-being, the researchers write, especially when games involve cooperative elements that encourage positive interactions, whether with other players or nonplayer characters in the world of the game. It’s only when individuals begin to play obsessively, or for escapism and a sense of achievement, that gaming’s deleterious effects begin to creep in.

In a survey of 206 World of Warcraft (WoW) players ages 14 to 65 years old, Huon Longman (Queensland University of Technology, Australia) and colleagues found that players’ self-reported symptoms of depression, stress, and anxiety were predicted mainly by their levels of in-person social support — but those who played more socially by connecting with friends or joining a guild to meet other players also reported a slight reduction in symptoms.

A minority of 21 “heavy-use” players who reported playing WoW for 44 hours or more per week, however, had significantly lower levels of in-person social support and reported experiencing negative psychological symptoms at nearly double the rate of those who played in moderation. It remains to be seen, though, if these high-use players lack real world social support because of their gaming habit, or if they play excessively due to a lack of opportunities to socialize face to face, Longman and colleagues note.

While findings on the influence of violent video games on players’ real-world aggression and violence remain controversial, social context also appears to play a more significant role than what games an individual plays, Halbrook and colleagues write. In a meta-analysis of 101 studies on video games and aggression in Perspectives in Psychological Science, Christopher J. Ferguson (Stetson University) found violent and nonviolent video games to have a minimal impact on children’s and adolescents’ well-being as measured in terms of aggression, prosocial behavior, academic performance, and symptoms of depression and attention deficit disorders.

Additionally, through a longitudinal study of 165 young men, Ferguson and colleagues found that symptoms of depression, antisocial personality traits, exposure to family violence, and peer influences — but not exposure to violent video games — predicted aggression and instances of dating violence over a 3-year period.

“Individual differences and sociocontextual factors are more influential on levels of aggression than the degree of violence present in a video game,” Halbrook and colleagues explain.

Games like Wii Fit and Just Dance can also encourage players to be more active, improving measures of physical health such as balance and flexibility. And while “exergames” may be most effective when combined with traditional exercise, individuals may also be more likely to follow through on playing a game than hitting the gym, the researchers note.

In a study involving 61 participants with multiple sclerosis, for example, Andreas Kramer (University of Konstanz, Germany) and colleagues found that patients assigned to play an exergame demonstrated the same improvements in balance and gait as those who were assigned a traditional exercise regimen — and were 55% more likely to stick with the intervention up to 6 months later.

“As video games thus far have been mostly perceived as negative, it is important to shed light on the positive impacts video games can have on well-being,” Halbrook and colleagues conclude. “These effects are nuanced and moderated by personal as well as video-game factors.”

Kramer, A., Dettmers, C., & Gruber, M. (2014). Exergaming with additional postural demands improves balance and gait in patients with multiple sclerosis as much as conventional balance training and leads to high adherence to home-based balance training. Archives of Physical Medicine and Rehabilitation, 95(10), 1803–1809. doi: 10.1016/j.apmr.2014.04.020