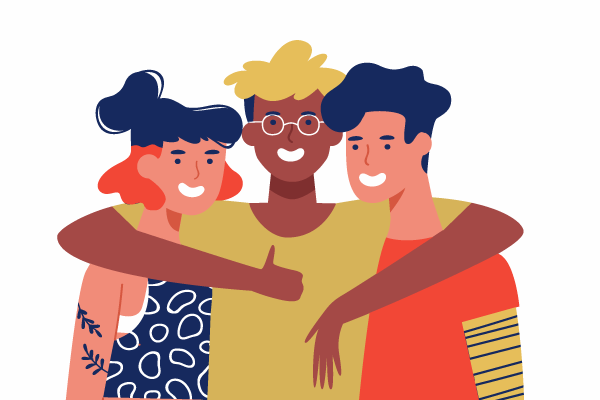 We may wish some memories could last a lifetime, but many physical and emotional factors can negatively impact our ability to retain information throughout life.

A new study in the journal Psychological Science found that people who feel enthusiastic and cheerful—what psychologists call “positive affect”—are less likely to experience memory decline as they age. This result adds to a growing body of research on positive affect’s role in healthy aging.

In each assessment, participants reported on a range of positive emotions they had experienced during the past 30 days. In the final two assessments, participants also completed tests of memory performance. These tests consisted of recalling words immediately after their presentation and again 15 minutes later.

“Our findings showed that memory declined with age,” said Claudia Haase, an associate professor at Northwestern University and senior author on the paper. “However, individuals with higher levels of positive affect had a less steep memory decline over the course of almost a decade,” added Emily Hittner, a PhD graduate of Northwestern University and the paper’s lead author.

Areas of future research might address the pathways that could connect positive affect and memory, such as physical health or social relationships.

This is a very nice idea – but I think for every study that “proves this premise” we have studies that contradict it. When studies show just statistic of people studies and do not have a mechanism (e.g. affected memory pathways that may be different in positive thinkers versus negative thinkers) then the science is inherently flawed. Unfortunately in my family circles it has proven to be the opposite – those who lived longest and had the least memory decline were those with a negative outlook – what these people had in common, however, was ho active they kept their minds in support of their negativism – they shared, discussed, studied, and exercised their brains – I believe it is called restoring and/or maintaining the plasticity in the brain – I am not sure you can demonstrate a true mechanism associated with positive versus negative thinking because that is a “judgement” anchored in societal expectations.
I am disappointed to see this study coming out of NU – even though I didn’t graduate from there, and never studied psych personally, I attended NU for three years and had a roommate/friend that was an NU psych major. I was impressed with the scientific approach back then – in the 80s – Please remember statistics is not science – it is mathematical methodology used in support of scientific premises. I can prove the earth is flat if I do a correlation with sunrise and sunset and have the wrong model – please elaborate WHY being positive works – how it changes behavior that then leads to less memory loss.

And the big question at the end of it all is … can people intentionally alter their outlook from negative to positive? Not on the surface, by learning to say the right things, but at the deep biological or cognitive level from which those utterances spring. If not, this study highlights yet another predictive tool without the possibility of a therapeutic intervention.

It’s hard to way which comes first. Are people getting dementia because they are thinking negatively, or is negative thinking an early symptom of dementia? Some studies suggest the latter. Not being able to remember things, names, can be very depressing, leading to a negative outlook on life.