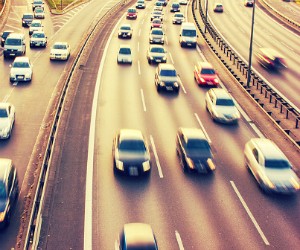 Convincing people to switch from driving their car to taking the bus to work isn’t easy. But when the environmental charity group WWF announced that it would be moving its United Kingdom headquarters to another town, psychological scientists Ian Walker, Gregory O. Thomas, and Bas Verplanken of the University of Bath saw a golden opportunity for studying the influence of habit on commuting behavior.

Commuting the same way day after day, people don’t typically weigh the particular pros and cons of different modes of transit. Rather, people tend to carefully weigh their options when they first start using a particular route. After a while, getting to work becomes automatic; instead of carefully considering different transit options, people simply fall into a habit—either automatically reaching for the car keys or the bike lock on their way out the door.

But when the day-to-day transit routine is disrupted, people are forced to carefully weigh their various commuting options once again.

“Our habitual car commuter might one day find the route to work is blocked for maintenance, or that their car will not start,” writes Walker and colleagues. “This break in context means the commuter cannot continue their habitual behavior, and must instead consciously reconsider – perhaps now discovering the more efficient bus route.”

Walker and colleagues wanted to know whether WWF staff would change from one mode of transportation to work—walking, driving, public transportation—to another after the company move, and whether the new commuting routine would break the old habit completely.

While the old WWF office was a 25 minute walk from a train station, the new office was only a 7 minute walk. Before and after the move, WWF made efforts to encourage staff to switch from driving to more sustainable forms of transit by getting rid of free parking and offering public transit subsidies.

For the study, around 200 WWF staff members filled out surveys on their work commute, attitude about the environment, and how they felt about their commuting routine at three points: 19 months before the move, 1 week after the move, and 4 weeks after the move.

Interestingly, the data showed that regardless of whether people changed their mode of transit or not, the old habits were slow to fade.

“Their tendency to use their old method of transport, which was usually the car, did not disappear abruptly. Rather, the old behavior decayed slowly over several weeks, whilst concurrently, strength and support for their new commuting choice grew,” Walker and colleagues write in the journal Environment and Behavior.

Considering that staff at the WWF were already more concerned with environmental issues than the average person, this study suggests that getting people to give up their cars may be a daunting challenge. Attitudes about transit and the environment were poor predictors of who changed their travel behavior after the move, indicating that infrastructure may be more important than information or incentives in changing how people travel.

The fact that even very environmentally conscious people still felt some urge to reach for the car keys after a month of regular rail commuting suggests that getting people to change initially is only half the challenge — providing long-term support to keep people invested in the new habit may be just as important.