For years, data on car accidents has consistently shown that drivers are most likely to crash at locations very near their homes. At first glance it might seem like this phenomenon occurs because people spend the most time driving close to home. However, a recent study suggests that it may actually due to the fact that drivers are less attentive and aware when they’re driving on familiar roads. 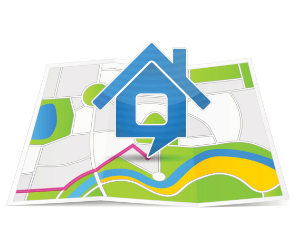 Studies have consistently shown that when we’re not actively paying attention we may fail to perceive things that are right before our eyes in a phenomena known as “inattention blindness.” When driving down a familiar street, we may be more likely to drive “on autopilot” without our full attention, increasing the odds that we miss important information, such as construction warnings or a new street sign.

To find out how much familiarity affects drivers, psychological scientists Samuel G. Charlton and Nicola J. Starkey of the University of Waikato in New Zealand had 24 participants practice a route in a driving simulator over the course of three months. The results of these “practiced” drivers were then compared to a group of participants who drove along the same scenario only once.

The researchers hypothesized that as participants got more familiar with a route, it would become easier and would, therefore, require less focus and attention to complete the driving scenario. This would, in turn, increase the likelihood that they would miss key information on the road.

For each driving session, participants drove along the same road that included a set of prominent landmarks such as houses, a bridge, a tunnel, and road signs. However, in some of the scenarios the researchers made key changes to the simulations — such as changing road signs from English to German – to see whether participants would detect the differences. At the end of each scenario, participants rated the difficulty of their drive on a 7-point scale.

As expected, the more participants practiced driving the route, the easier they found the task. By the fifth and sixth sessions of the experiment, participants began saying that they were ‘‘driving without thinking about it,’’ ‘‘zoning out,’’ or ‘‘going on autopilot,’’ indicating that they were driving without full awareness to the task. And by the seventh round in the simulator, drivers were less likely to notice major changes in the scenario, like the removal of buildings or changes to traffic signs.

Even though participants were paying less conscious attention as they became more familiar with the route, they also became better over time at identifying important changes to the actual road, such as missing lane lines.

“The good news is that efficient and rapid detection of a wide range road and traffic information is possible, even when drivers are not paying attention,” write Charlton and Starkey in the journal Transportation Research Part F: Traffic Psychology and Behaviour.