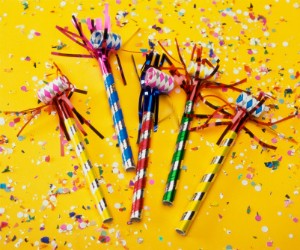 Driving home with a hangover may be just as dangerous as driving after too many glasses of champagne, according to a sobering new study.

A team of researchers, led by Utrecht University psychopharmacologist Joris Verster, found that even when drivers’ blood alcohol levels returned to zero the morning after a night of partying, they showed the same degree of driving impairment as drivers who were intoxicated.

“The hangover develops when blood alcohol concentration (BAC) returns to zero and is characterized by a feeling of general misery that may last up to 20 hours after alcohol consumption,” the researchers write. “The magnitude of driving impairment during alcohol hangover is comparable to a BAC between 0.05 and 0.08 %, i.e., over the legal limit for driving in many countries.”

For their study, the researchers recruited a group of 48 volunteers (24 men and 24 women) to come to the lab for two driving tests: once after a night without drinking and again after a night of hard partying. Subjects were not given any instructions on how much to drink or which specific day they were to drink.

The morning after heavy drinking, hungover participants came into the lab where a breathalyzer confirmed that their blood alcohol levels had returned to zero (i.e., they were no longer intoxicated) before they started driving. On average, participants self-reported that they had consumed 10 alcoholic drinks while out partying the night before.

The driving simulation task was simple: Participants were instructed to keep to the right hand lane while obeying the speed limit of 95 km/h as they drove along a simulated highway for one hour.

Even with a BAC of zero, their driving was so bad that they could have been drunk. Analysis of the data showed that with a hangover, drivers showed the same pattern of weaving in and out of their lane as drivers who were over the legal BAC limit.

“Hungover participants could tell that they weren’t driving well; they reported their driving quality as significantly poorer and less safe, considerate, predictable, and responsible,” the researchers write. “Subjects further reported being significantly more tense while driving, and more effort was needed to perform the driving test.”

One explanation could be that people suffering from the pain, nausea, and discomfort of a really bad hangover are more distracted. However, results of the study did not show any evidence of an association between the severity of the hangover – measured using a 10-point scale for each of the 21 most common hangover symptoms –and driving impairment.

There was also no correlation between driving impairment and the amount of alcohol consumed the night before.

Instead, the study suggests that a lack of sleep could be to blame for people’s poor driving. Those who reported getting six hours or less of sleep in the hangover condition had significantly worse driving impairment than those who got at least 6 hours or more. In the hangover condition, participants reported getting an average of 90 minutes less sleep than in the control condition.

In another study, conducted in 2012, Verster and colleagues confirmed that hangovers not only affect driving performance but also several cognitive skills related to driving. In their results, they “observed that the real life hangover results in the same performance decrements as observed when at the legal limit for driving on tasks of reaction time, divided attention, selective attention and Stroop interference.”

As a final note for hardcore partiers, Verster’s research on hangovers has also concluded that there’s no way to avoid a hangover after a night of heavy drinking.

“Those who took food or water showed a slight statistical improvement in how they felt over those who didn’t, but this didn’t really translate into a meaningful difference. From what we know from the surveys so far, the only practical way to avoid a hangover is to drink less alcohol,” Verster said.