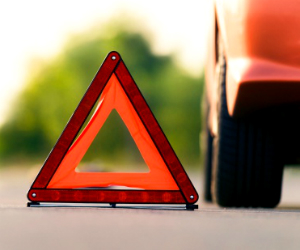 Older drivers have actually been found to be safer drivers in many respects when compared to younger people. They’re more likely to wear seatbelts and less likely to engage in risky behavior, like speeding and driving under the influence, according to the CDC. However, a study published in the journal Accident Analysis and Prevention finds that older drivers should be especially cautious about multitasking behind the wheel.

The research team, led by psychological scientist Kelsey R. Thompson of Northwestern University, found that distracting tasks – like talking on a cell phone or fiddling with the radio – may be particularly dangerous for older drivers.

To drive safely we rely on the complex coordination of several executive functions, like selective attention and working memory, which tend to decline with age. This cognitive decline can reduce a driver’s ability to safely switch their attention between tasks, increasing the risk of crashes.

“Additional distractions, such as cell phones, can further compete for the limited neural resources necessary for safe driving,” the researchers write. “Drivers with mind and brain aging may be particularly susceptible to distraction due to waning cognitive resources and control over attention.”

For the study, the research team assessed a group of older drivers (between 65 and 89 years old) and middle-aged drivers (between 40 and 64 years old) as they performed a standardized distraction task called the Paced Auditory Serial Addition Task (PASAT). For the task, participants were presented with single digits and asked to add each new digit to the one immediately prior to it.

This distraction task places demands on cognitive functions similar to the demands of engaged conversation. Because aging affects the brain’s speed and efficiency in carrying out tasks related to attention and working memory, the research team hypothesized that elderly drivers would show lower performance than middle-aged drivers.

Each participant completed the PASAT in the lab and during an on-road driving session in a specialized car. Video from the driving session was then analyzed to determine the number of at-fault safety errors, such as crossing the center line, speeding, or stopping in the intersection at a traffic signal.

As expected, older drivers made more errors on the PASAT task than did younger drivers, both in the lab and while driving on the road. Analyses revealed that the decrease in performance from lab to car wasn’t noticeably different for the two age groups – older participants’ baseline performance was simply lower to begin with.

Most importantly, though, older drivers made more driving safety errors than middle-aged drivers while completing the PASAT.

“Overall, elderly drivers made significantly more at-fault safety errors during multitasking than middle-aged drivers, despite no significant differences between the groups at baseline. This suggests some effect of age on driving performance when a secondary task is introduced,” writes Thompson and colleagues.