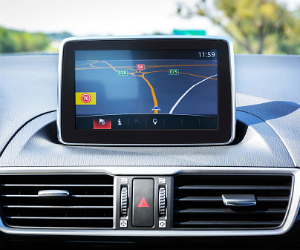 One goal of the voice-based GPS directions is to ensure that drivers are able to keep their eyes and attention on the road while navigating. But how do people respond when the navigation instructions come from Yoda, Mr. T, or Burt Reynolds?

New research from psychological scientists David R. Large and Gary E. Burnett of University of Nottingham suggests that drivers’ decision making and behavior on the road can be influenced by the voice of their GPS.

Driving directions from a Jedi Master may be hilarious, but drivers don’t necessarily believe the Force is strong with their GPS when the navigation directions come from Yoda.

People use speech to convey a wide range of social cues, and people often base judgments and decisions on reactions to a speaker’s tone or vocal characteristics.

“For example, drivers may be less likely to follow the advice of a voice that they find particularly annoying and might be encouraged to follow advice from a particularly entertaining voice,” write Large and Burnett.

Previous research on machine-generated voices has found that people will often respond to non-human voices almost as though they are human, attributing personality traits and human characteristics to them.

Using turn-by-turn navigation directions is now so common that nearly every new car on the market has some sort of GPS or in-vehicle navigation system (IVNS). Most of these systems allow drivers to pick from a selection of standardized voices, but drivers with a sense of humor can also purchase celebrity voices for their navigation systems.

For the study, participants spent about an hour in a driving simulator with a simulated IVNS providing audio directions in either of two male voices: one considered “high-trust” and the other “low-trust,” based on the results of a previous survey. Both voices were genuine navigation voices that were available commercially at the time of the study.

Towards the end of their route, drivers were presented with a conflict scenario where road signs at an intersection directly contradicted the IVNS directions. The road signs indicated that drivers should turn left, while the IVNS instructions advised drivers to turn right to reach their final destination.

A post-drive questionnaire found evidence that the voice of the INVS impacted drivers’ confidence in their route-choices at the conflict scenario intersection. Those with a high-trust voice expressed more confidence in their decision to follow the IVNS while those with a low-trust voice were more confidant when they ignored the navigation device and followed the road signs.

“The results suggest that drivers perceived the advice from the IVNS differently depending on which voice was used to present it, even though the performance of the device was the same, irrespective of whether it was endowed with a ‘high-trust’ or ‘low-trust’ voice,” Large and Burnett write in Journal of Safety Research.

However, in an unexpected finding, eight of the drivers who followed the IVNS directions claimed that they had not seen the road sign at all. The researchers were surprised because the scenario had been specifically designed to ensure that the road-signs were highly visible and presented directly in front of drivers.

Amongst those drivers who had hadn’t noticed the road sign, the navigation voice had a significant effect on the level of trust that they placed in the device. Drivers placed significantly higher trust in the IVNS if they were using the high-trust voice compared to the low-trust voice.

While this suggests that a more trustworthy voice may actually have a negative influence on drivers’ attention on the road, further research with larger sample sizes is needed to determine how much the voice of the navigation system actually impacts road safety and driver performance.

News > Minds on the Road > How Trustworthy Is The Voice of Your GPS?