Inflated egos are a staple of professional environments. Most people will endure colleagues who act as if they, and only they, can carry out certain tasks, lead a work team effectively, or carry the company softball team to a big victory.

But studies show that those perceptions are often out of proportion — that a person’s views about their own talents and skills often fly well above their actual performance. 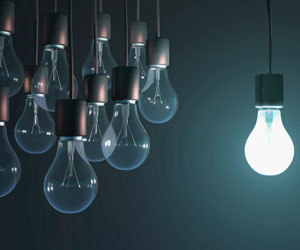 The importance of accuracy in self-insight has not been lost on psychologists, leading to a wealth of studies examining this topic. But these studies have typically only examined perceptions of ability in one area. One experiment may look at athletic prowess, while another only examines vocational skills. Few studies have compared the accuracy of self-perception across a variety of skill types.

In a study recently published in Perspectives on Psychological Science, the authors analyzed data from 22 meta-analyses (a type of study that combines and analyzes separate but similar studies on a specific topic), each of which focused on the self-evaluation of one type of skill, such as academic, athletic, nonverbal, or vocational ability.

When considering the entire collection of meta-analyses together, Zell and Krizan found a moderate relationship between self-evaluation and actual performance; however, a different picture appeared when they evaluated accuracy by skill area. People generally viewed their language competence with a high degree of accuracy, and had moderately solid perceptions about their academic and vocational skills. But they were least accurate in assessing their non-verbal skills.

The authors attribute these differences to variations in the amount and accuracy of feedback people receive in each area. Feedback for language is pretty concrete; a person either understands you or they don’t. In contrast, people don’t often receive feedback on their nonverbal skills, potentially leading them to form unrealistic views of their own abilities.

In other findings, Zell and Krizan found that the relationship between self-evaluation and actual performance was stronger when measures of performance were specific rather than global, and objective rather than subjective. Self-insight was also greater when people judged their performance on low- as compared to high-complexity tasks, and when they had more experience with the task they were evaluating.

The scientists say the next step for researchers is to use this information to help develop interventions that will improve the accuracy of people’s self-evaluations—leading to a potentially more realistic and less egotistic work environment for everyone.

For a less egotistic work environment to happen we need leaders who are impeccable in their approach to creating an environment of trust, so feedback flows openly, without fear of retribution. I have found the practice of Mindfulness to be an adept platform to see not only the maneuverings of the egotistical side of the personality, but also to become aware of stress and complacency, the home of the derailers.