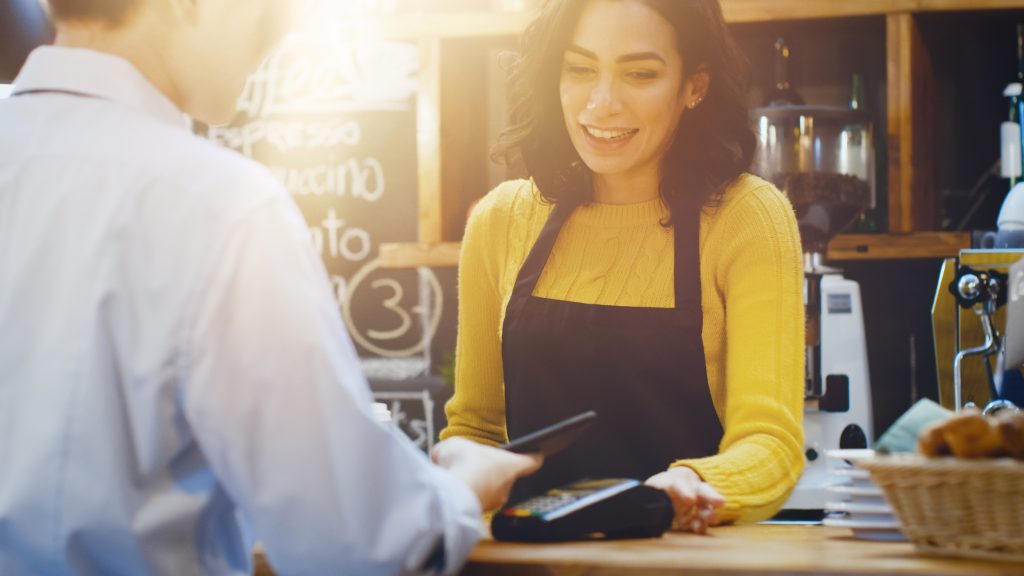 “Hiring Smiling Faces” – these kinds of help wanted signs are a common sight in store windows, but offering “service with a smile” is about more than just showing a few teeth. In addition to regulating their facial expressions, cashiers, call center employees, receptionists, bus drivers, and even those professionals who aren’t always seen as fulfilling customer service roles, such as nurses and teachers, are often expected to project a welcoming attitude and maintain a positive, or at least even-tempered, tone while interacting with the most difficult members of the public.

These professionals are similar to actors in a very long play, Alicia A. Grandey, a professor of psychology at Penn State University, writes in Current Directions in Psychological Science. Employees can respond to these emotional display rules either by deep acting, which leads them to sincerely change their thoughts and feelings, or by surface acting, otherwise known as “faking it.”

Performing emotional labor – that is, regulating one’s emotions for a wage – can make for satisfying work when employees are given the freedom to choose how they perform these behaviors, Grandey and colleagues continue. But a review of the research suggests that expecting employees to take a one-size-fits-all approach – expecting them to simply “fake it” for customers or to take every interaction to heart – can quickly lead to burnout and have negative impacts on performance if the right support systems aren’t in place.

“Most people would prefer to be in charge of our own smiles,” says Grandey. “Putting on that smile to perform one’s work role can have surprising costs depending on how the emotions are regulated.”

Surface acting can be stressful when employees have to do it because they’re constantly being monitored by a supervisor, but it can actually help neutralize the stress of emotional labor when employees have the option of faking it to expedite customer interactions, she explains. When employees do have to “fake it ‘til you make it” on a regular basis, however, the feelings of inauthenticity and dissonance created by this emotional labor can have serious implications for well-being.

A 2011 meta-analysis by Ute R. Hülsheger (Maastricht University) and Anna F. Schewe (Bielefeld University) of 95 studies involving 23,574 participants showed that surface acting was associated with increased rates of job burnout and physical symptoms of stress. Employees who have to surface act more often are also more likely to quit their jobs, have trouble sleeping, and have greater difficulty regulating alcohol consumption and other behaviors outside of the workplace.

The implications of deep acting for customer service workers aren’t so straightforward either.

The same study linked deep acting with higher employee performance and customer satisfaction. Deep acting is only weakly linked, however, to benefits such as feelings of accomplishment, improved job satisfaction, and well-being, Grandey notes, and may be positively linked to psychosomatic symptoms of stress and exhaustion.

“Chronic attempts at deceiving oneself (without changing the situation) take a toll over time,” Grandey writes.

The costs of engaging in emotional labor aren’t necessarily the same for everyone, though, and not all employees are held to the same standards. Extroverted people with traits such as positive affectivity and high self-control may be more intrinsically motivated to engage in deep acting and may be able to engage in surface acting more effectively, as well.

In a more recent study, on the other hand, Grandey and colleagues found that Black grocery clerks had to perform more positive facial expressions to receive ratings of warmth and person-occupation fit that were in line with those of their White coworkers, as measured by evaluations from supervisors and customers. This disparity in perceived performance may be due racial stereotypes about interpersonal warmth, Grandey says.

Meeting a workplace’s display rules may not come naturally to every employee, of course. In these cases, Grandey’s research suggests that offering performance-related financial rewards such as raises and tips can help boost employee’s job satisfaction by giving an external justification for inauthentic behavior.

But it can be difficult for employees to stand up to harassment and other unacceptable conditions when they know their tips are on the line, making other strategies necessary to help buffer employees against burnout. These can include providing opportunities for employees, much like actors, to “develop their craft” by learning to more effectively display emotions at work, allowing them take breaks after particularly challenging customer interactions, and fostering a workplace environment in which employees feel safe venting to their coworkers about negative experiences.