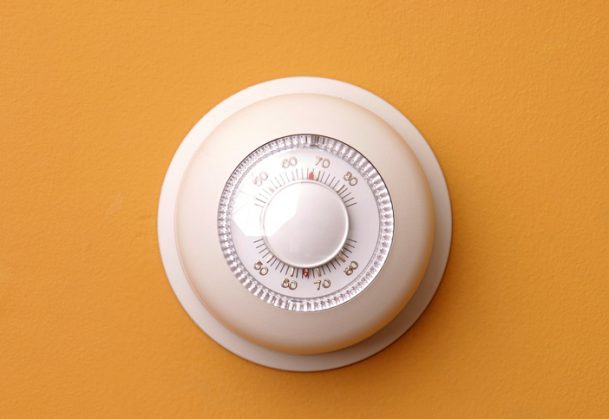 Studies dating back to the 1940s have shown that the temperature can shape emotions and perception. In a study published in Psychological Science, for instance, psychological scientists Hans IJzerman and Gun Semin demonstrated that a room’s temperature has a direct relationship with social relations.

Most research, however, has focused on either the negative effects of chilly temperatures or the positive effects of ambient climates. In a trio of studies, Liuba Y. Belkin and Maryam Kouchaki recently examined how uncomfortably hot temperatures affect prosocial employee behavior, in particular people’s willingness to help others.

For their first study, the behavioral scientists analyzed data from employee performance records at 12 locations of a large retail store in Moscow in 2010 and 2011. The researchers gleaned the data, which included information about a variety of employee interactions with customers, from independent observers hired by the company to improve customer service. The turnover for the stores’ employees was less than 12%, meaning the impartial observers had the chance to interact with many of the same people as they had the year before. The researchers were able to compare large fluctuations in temperatures due to an extreme heat wave that swept the city in the summer of 2010.

In examining the 2010 data, Belkin and Kouchaki found that store employees engaged in less prosocial behavior during their shifts. They were less likely to greet and volunteer to help customers; less likely to provide information about store products; and less likely to ask questions about what a customer was looking for.

The researchers recruited 160 US citizens over the age of 21 for their second study, which they conducted online through Amazon Mechanical Turk. Individuals were told they were participating in a study of recall ability and problem-solving skills and were randomly assigned to either a heat or a control condition. Those in the heat condition were asked to think of a time when they felt uncomfortably warm; they were provided with photos of people suffering in heat to stimulate their memories. Afterward, they were asked to close their eyes and engage in the sensation they were feeling and then to write down the details of their experience. Participants in the control condition were told to close their eyes and remember the previous day’s events along with their feelings about them, then to jot them down.

Kouchaki and Belkin gauged participants’ levels of fatigue and affective states several times. First, they asked them to rate the strength of their physical and cognitive reactions after both the heat and control experiences. To conceal the purpose of the study, they then had individuals solve trivia questions and rate their level of difficulty and the perceived accuracy of their answers. Lastly, the researchers asked study participants to tell them about their current affective states and to help them by taking a brief survey for a new project; this was intended to measure helpfulness attitudes in the two conditions.

They found that individuals in the heat condition were significantly less willing to participate in the follow-up survey than were those in the control condition — 43.8% compared with 76.3%. People in the manipulation condition also reported feeling more fatigued and negative than their counterparts.

In their third study, the psychological scientists recruited 73 university students taking the same class with the same instructor in different rooms, one of which was significantly hotter than the other. For the study, the students took a short, anonymous survey at the end of a class period. The researchers then induced students to think about the ambient temperature by asking them whether they felt the room was comfortable and also to what temperature they thought the room was set.

After the individuals took part in the survey, they were told that the relative of a university faculty member worked for a nonprofit that was recruiting students to answer several survey questions. Students were told that the organization did not expect everyone to participate but that it would be useful for as many people to answer as many questions as possible, from 1 to 150. They were then given the option to answer as many questions as they liked. They did this during the regularly scheduled class, so students did not have to worry about missing other commitments to take part.

Belkin and Kouchaki say their work has significant implications for the further study of prosocial behavior and, more concretely, for real-world circumstances.

“In terms of practical implications, this research highlights the role of the physical environment on individual interactions in social and organizational settings,” they write in the European Journal of Social Psychology. “A better understanding of how and through which mechanisms uncomfortably hot ambient temperatures may cause negative changes in individual behaviors … can help individuals and organizations to foster prosocial behavior even in adverse conditions, as well as to anticipate and possibly prevent undesirable and harmful behavioral outcomes.”

News > Minds for Business > Turning Up the Heat on Prosocial Behavior

When asked about emergency situations, most people say they would spontaneously help another person. However, not everyone does so in real life, especially when there are other people around, a phenomenon known as the bystander effect. Traditional explanations for bystander apathy include three psychological factors: diffusion of responsibility, or the More

Chanting at football games, singing national anthems, and marching in a band are examples of rituals that bring groups of people together. They all incorporate synchrony, a matching of rhythmic behaviors, which appears to generate cooperation, compassion, helpfulness, and other prosocial behaviors. But scientists haven’t fully explored the scope of More