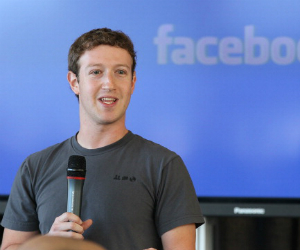 Can we predict how successful a company will be just by looking at the CEO’s face? Several studies have shown that people are surprisingly good at judging a leader’s success based just based on a photo. For example, researchers have found that CEOs with masculine facial features that connote dominance and aggression tended to lead companies with greater annual net profits.

But a new study suggests that this relationship between CEO appearance and company profitability may depend on the broader economic climate.

Psychological scientists Nicholas O. Rule and Konstantin O. Tskhay from the University of Toronto found that while people were surprisingly good at predicting a company’s financial success based only on a photo of the CEO – but only when economic circumstances were favorable.

After the financial crisis in 2008, public backlash against major US companies and their CEOs was broadly reported in the news. Their research supports the possibility that the economic meltdown of 2008 precipitated greater scrutiny of corporate leadership, leading to a cultural shift in how we perceive the qualities that make successful leaders.

For the experiment, participants (who were unaware they were ranking real-life CEOs) were shown a group of headshots of CEOs from the top ranked Fortune 500 companies from a given year between 2006 through 2012. Participants rated each photo on a 1 to 7 scale for how successful they thought each person would be if they were hired as a CEO.

Looking at the headshots, people tended to give higher ratings to CEOs of companies that also happened to have higher net profits – until the financial crash. For photos taken after 2008, participants’ face-based assessments of a CEO’s leadership ability were no longer associated with a company’s annual net profits.

While the financial crisis had a global impact, not all countries were affected to the same extent. Compared to the United States, Germany’s economic outlook remained relatively positive.

In a second experiment, Rule and Tskhay had 140 college students rate the faces of both German and American CEOs taken after the financial collapse in 2008 for the facial traits of warmth and power, which have previously been found to be associated with perceptions of leadership.

As expected, German CEOs with higher ratings for facial traits associated with power tended to work for companies with higher net profits, much like the pattern seen for American CEOs in the first experiment. Meanwhile, in ratings of American CEOs there was no relationship between a powerful appearance and company profitability.

However, Rule and Tskhay were surprised to find a significant negative relationship between net profits and CEOs who were rated highly for warmth, suggesting that the warmer the perception of a CEO the less profitable their company was likely to be.

The researchers concluded that these results demonstrate that different sociopolitical contexts may favor leaders with different qualities.

“CEOs who are perceived to possess one particular set of traits may be preferred in times of economic growth and those with other traits preferred in times of economic hardship,” Rule and Tskhay write in the journal The Leadership Quarterly. “This may be particularly exacerbated when public scrutiny of companies is greater, reinforcing an organization’s desire to project a certain image through the representative face of its company—the CEO.”