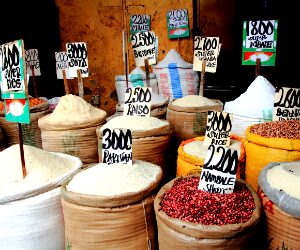 In 2015, Uganda was named the world’s most entrepreneurial country, according to the Global Entrepreneurship Monitor (GEM). Although 28% of adults in Uganda own or co-own a business, around 70% of new businesses collapse within two years.

“Ugandans are good at starting enterprises but have a high failure rate,”  Charles Ocici, executive director of Enterprise Uganda told The Guardian. “It is one thing to own economic assets, and it is another to run a business and generate sustainable income.”

In a new article published in Current Directions in Psychological Science, psychological scientists Michael Frese, Michael M. Gielnik, and Mona Mensmann of Leuphana University of Lüneburg argue that bottom-up psychological interventions designed to enhance entrepreneurs have the potential to become a useful tool in the fight against global poverty.

“Increasing the number and quality of entrepreneurs is probably one of the most helpful ways to reduce poverty because it creates employment and boosts the innovation and economic empowerment of individuals in poor countries with extremely high unemployment rates,” Frese and colleagues write.

In their study, Ugandan entrepreneurs who were randomly assigned to receive psychologically focused business training significantly grew their business compared to a control group: Company sales rose by 27% one year after training, and the number of people employed by the participants increased by 35%, from 7.88 to 10.67 employees per firm, on average.

As the researchers explain, global poverty alleviation typically focuses on top-down interventions that address laws and regulations at the scale of national governments. However, bottom-up interventions, like microcredit, have been successful at improving the lives and businesses of individual entrepreneurs.

“Although both government programs and microcredits for the poor are necessary, these institutional and economic strategies have often failed because they did not pay enough attention to the psychological side,” the researchers explain.

Being an entrepreneur, whether in Silicon Valley or Kampala, isn’t easy. Instead of simply focusing on teaching standard business skills, the researchers highlighted the psychological skills that entrepreneurs need to build thriving businesses. Specifically, entrepreneurs need to be psychologically tough and flexible: Keeping their eyes open for news opportunities, and being resourceful and persistent in the face of obstacles.

“Being persistent, entrepreneurs do not give up when difficulties arise—they overcome barriers on the way toward a goal,” the research team writes.

For the study, the researchers recruited business owners operating in Kampala, the capital city of Uganda. Participants had to be responsible for maintaining day-to-day operations of a small to medium sized business (fewer than 50 employees). Participants also included owners of “informal sector” businesses that were not legally registered and did not pay taxes. In total, 109 business owners participated in the study and they were randomly assigned to either the intervention training or to a control group that would start training at a later date.

During the intervention, participants met face-to-face with a trainer to practice rules-of-thumb for dealing with obstacles effectively. They learned, for example, that negative feedback can be an important tool for improving business, not just another obstacle. Over the next year, the research team collected data on how well each business was doing.

One successful case the research team highlighted was an entrepreneur who produced aluminum saucepans. After the training, he switched from using cheap materials to higher-quality production in order to target a better-paying group of customers. He also had his products tested at the Uganda National Bureau of Standards which allowed him to get a quality certification that opened up access to wholesale markets and larger orders.

A second participant produced and sold pastries from her small bakery located in a sparsely inhabited and relatively poor neighborhood. She set goals for extending her customer base to new neighborhoods and selling her pastries in a large supermarket. She brought the manager a selection of cakes that were unique colors and shapes, and convinced him to let her display her cakes in the supermarket on a commission basis. Her plan worked out, and both her turnover and profit increased, the researchers write.

“We submit that our training interventions lead to a positive cycle of developing an agentic stance toward intentions and goals, scanning of the environment, planning, and feedback processing,” the researchers conclude. “This agentic stance then leads to effective activities, which help to secure entrepreneurial success, thus reinforcing a positive cycle of increasing agentic activities, more success, and continuous reinforcement.”