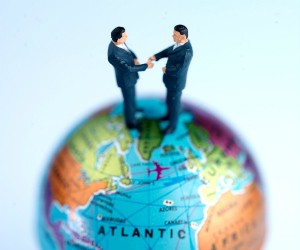 When employees are late for work, breaking safety procedures, or ignoring deadlines, it’s part of the boss’s job to dole out the appropriate punishment. Nobody wants to be disciplined at work, but punishment for breaking rules ensures that the workplace is kept safe and productive. In fact, the US Occupational Safety and Health Review Commission states that an employer must make “a diligent effort to discourage, by discipline if necessary, violations of safety rules by employees.”

But when and why managers dole discipline to employees may depend on where they are in the world. While punishment is an effective way to make sure everyone is observing the rules, it’s also vital that employees feel that their leaders are fair about discipline.

In a recent set of experiments, a team led by Ko Kuwabara of Columbia Business School examined how cultural context influences perceptions of hierarchy and when it’s appropriate for leaders to turn to punishment.

“Having high status induces feelings of being respected in the eyes of other individuals, and feeling respected affects punishment in different ways in different cultures,” Kuwabara and colleagues explain in a new article published in Psychological Science.

Research has shown that cultures that prioritize individualism, as in most Western countries, tend to view dominance in terms of self-interest – people establish and maintain their status in the hierarchy by looking out for themselves. Therefore, when leaders exercise their power to punish it may be perceived as a selfish act.

“In contrast, the nature of power and status is quite the opposite in Asian cultures because earning and maintaining respect in these cultures requires using, rather than withholding, power in proportion to one’s status,” the researchers write.

Participants in one experiment, 60 Americans and 72 Indians, were told that they could win a small amount of money for completing a short online study on performance in virtual teams.

After completing short assessments of leadership aptitude and collectivism, participants were assigned to a virtual team. They were told that they would be assigned to one of two possible roles: either a “worker” or a “monitor.” In reality, all of the volunteers were automatically assigned as monitors, and the “workers” were pre-programmed by a computer simulation that gave consistent responses every time.

Another online experiment confirmed similar results. About 200 students from universities in the United States and China came into labs at their respective schools where they played an online game, ostensibly with other students. However, in this experiment they weren’t just monitoring (and potentially punishing) the other players – they were also playing the game along with their teammates.

Again, the results showed that status affected punishment – as well as a sense of respect – differently in the two cultures. The frequency of punishment decreased among the American students when they were assigned to the high-status condition, while high status had the opposite effect on punishment in the Chinese students.

The researchers note that “this effect was mediated in each country by feelings of being respected, which had opposite effects on punishment among Americans and among Chinese.”

As the world economy becomes more global, it becomes more important for organizations to be mindful of these kinds of cultural differences. While status and respect are important components to successful leadership across cultures, this research demonstrates just how much leadership styles can vary between cultures.

News > Minds at Work > Power and Punishment: The Rules of Leadership Are Not Universal