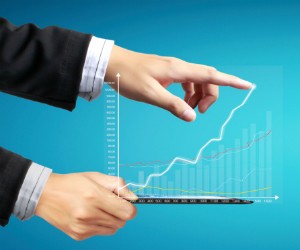 Facebook claims more than 1 billion users, and Apple is widely cited as the world’s most valuable company. Constant technological innovation over the past few decades influences almost every aspect of our daily lives. However, new research suggests that you may want to think twice before betting on the next high-tech trend.

Across three experiments, psychological scientists Brent Clark from the University of South Dakota and Christopher Robert and Stephen Hampton of the University of Missouri demonstrated that people show an implicit association between technology and success, a phenomenon they call the ‘‘technology effect.’’

“We found that people unconsciously associate technology with the notion of success, and this association influences decisions about things like financial decisions, and forecasts of business performance,” says Chris Robert. “It is important to determine how this assumption may affect people’s choices because many important decisions involve technology in some fashion.”

Because high-tech products like the iPhone and Facebook have become so spectacularly successful and widespread, these high-profile success stories easily come to mind. In contrast, we rarely encounter technological failures in our day-to-day lives, so they’re less likely to be easily remembered (when’s the last time you thought about Betamax or a Palm Pilot?). Thus, it may be that we come to think of technology as synonymous with success, at least implicitly.

For one experiment, a group of 84 college students were given either a theoretical $250,000 or $25,000 to invest among ten industries as they pleased; five industries were previously rated in a pilot study as being either high-tech (medical devices, biotechnology, and semiconductors) or decidedly low-tech (i.e., restaurants, apparel, and commercial banks).

The researchers hypothesized that even when presented with information suggesting that returns on investment were equivalent for the different industries, an optimism bias towards technology would lead the students to invest more heavily in tech industry stocks.

Even though real world performance over the past year for all of the industries was equivalent, the students invested significantly more of their “capital” into the high-tech industries—demonstrating a belief that these industries would do well in the future compared to more low-tech industries like retail and banking.

Several additional experiments showed similar results; people invested more money into industries associated with technology, even when explicitly told that the industries represented were equivalent in their performance and prospects for future success.

To find out whether these results were due to an unconscious association between technology and success, the researchers used a test called the Implicit Association Test (IAT). The IAT is used to measure implicit bias by measuring respondents’ reaction times as they associate pairs of words.

For this experiment, the students were shown either positive and negative words (e.g., achievement and defeat) with either technology-focused words (e.g., robotics and lasers) or non-high-tech words (e.g., trucking and hammer).

As predicted, results from the IAT experiments indicated that nearly all participants had a strong implicit association between technology and success.

“Results supported our assumption about an implicit association between technology and success, as well as a ‘technology effect’ bias in decision making,” Clark and colleagues conclude in the Journal of Business and Psychology.

However, the researchers caution that future research should look at professional populations, not just college students, to understand how this optimism bias might impact real-world financial decision-making.

While more research is necessary, the researchers warn that people should be mindful of the fact that when they make decisions, they might unconsciously be influenced by how much they think technology alone can lead to successful outcomes.