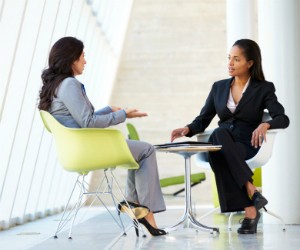 New research from Columbia Business School challenges conventional wisdom about making an initial offer during a negotiation. To get the best deal, you may want to consider offering a range of options rather than a single number.

Whether bargaining for catering, a new car, or a starting salary, psychological scientists Daniel Ames and Malia Mason, found that when bargainers offered a modest range (asking for a starting salary of $50,000 to $54,000, for example) they secured better offers than when they suggested a single “point” number (say, $52,000).

Ames and Mason found that certain types of range offers worked better than others. The most successful strategy was using a “bolstering” range offer, where a negotiator starts with their desired price and stretches it in a more ambitious direction. For example, if your ideal salary is $70,000, your best bet is to suggest a bolstering range of $70,000 to $75,000.

However, offering a range seems to give negotiators an edge by making them come across as more flexible and polite. In turn, Ames and Mason hypothesized that people would feel unconscious social pressure to return the politeness, keeping their counteroffer in the same ballpark as the initial offer. Therefore, offering a range might initiate a “politeness mechanism” thereby leading to higher counteroffers, and thus better deals.

“Negotiators seem to intuit what would be polite in terms of their treatment of their counterpart, and this factors into their own behavior,” Ames and Mason write in the Journal of Personality and Social Psychology. “Our results document such an effect and, further, show that range offers have the potential to shape expectations about the politeness of subsequent counteroffers.”

In one online study, 596 individuals were randomly assigned to act in either a hiring manager role or a job candidate role. All participants received one of three salary proposals: a single number, a bracketing range, or a bolstering range.

After reading this salary proposal, participants indicated what they thought would be the least amount of money their counterpart would agree to, the salary they would suggest as a counteroffer, and how much they thought the final salary agreement would be. Participants were then asked to rate their counterpart’s personality on nine items, including stubbornness, flexibility, confidence, and aggression.

Participants who received range offers assumed that their counterparts wanted higher salaries than did participants who received a single point-number offer. This resulted in significantly higher overall salary agreements for those who offered a range, with those offering a bolstering range receiving the highest counteroffers of all.

In addition, there was no relationship cost to asking for a salary range. In fact, those who received a bracketed range even rated their opponents as less aggressive and stubborn compared with participants in the other conditions.

Additional experiments confirmed that range offers can also backfire when the offer is unreasonably high, and setting a range that’s too wide can also limit its effectiveness. The most successful range offers typically remained within 20% of one another.

“For years, we taught students to avoid making range offers in negotiations, assuming that counterparts receiving those offers would have selective attention, hearing only the end of the range that was attractive to them,” says Ames. “Our results surprised us, up-ending how we teach the topic. We can’t say that range offers work 100% of the time, but they definitely deserve a place in the negotiator’s toolkit.”