News > Minds at Work > Microlending Success Starts with a Smile 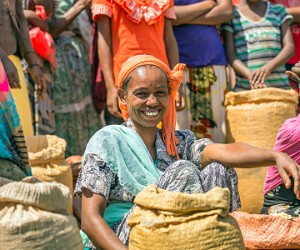 The economist Muhammad Yunus was awarded a Nobel Peace Prize in 2006 in recognition for his pioneering work in microlending – making small loans available to people living in poverty.

Yunus believed that entrepreneurs in rural, impoverished areas needed the same things as any other business—capital to get their small businesses started and growing. These entrepreneurs are frequently unable to get loans through traditional banking institutions. Through microlending, someone in Montana can help finance a small $500 loan so that an aspiring tailoring business in Tajikistan can invest in buying more sewing machines.

Like a typical bank loan, microlenders expect to be repaid with interest, although it’s typically at much lower interest rates than traditional banks. There’s no guarantee that lenders will recoup their investment.

Stanford University psychological scientists Alexander Genevsky and Brian Knutson wanted to investigate the factors that led people to put their money on the line for total strangers.

They designed two experiments to explore the underlying neural mechanisms associated with the decision to lend. Their findings, published in Psychological Science, suggest that positive emotional cues – such as a smiling face in a photograph – may be one of the most effective ways to increase the success of a microlending campaign.

In the first study, Genevsky and Knutson used a massive dataset of 13,500 real microlending campaigns from Kiva, an Internet-based international microfinance organization. Through Kiva, lenders can fund loans in $25 increments, but the borrower only receives the money if the full requested amount is successfully raised within 30 days of the initial loan request.

Online volunteers evaluated the emotional impact of borrowers’ photographs from the Kiva website. Volunteers categorized the emotions displayed by borrowers’ facial expressions (i.e., whether the person was happy, sad, calm, fearful, angry) as well how strong their emotional reaction was when viewing the borrower’s photo.

The text used for each campaign was analyzed separately for the total number of positive and negative emotional words.

To find out whether this positive reaction to happy facial expressions was related to activation in specific neural circuits, a different group of 28 participants came into the lab for a neuroimaging study.

These participants were scanned as they chose whether or not to lend to borrowers. During each trial of the microlending task, participants first viewed a photograph of a borrower from an actual Kiva loan page along with the text of their loan request. Participants were only shown photographs of borrowers who had received the highest and lowest emotion ratings from the Internet study.

The neuroimaging results showed that brain activity in an area called the nucleus accumbens (NAcc) was associated with the decision to lend money. The nucleus accumbens is involved in reward processing and motivation, and previous research has also indicated that it is activated when people engage in charitable giving.

This suggests that some of the same neural processes that underlie charitable giving are also involved in microlending. Moreover, this suggests that minor changes to a borrower’s profile — such as smiling in photographs — can elicit the strong, positive emotions that encourage people to give.

“Specifically, the findings imply that small, inexpensive modifications of affective features of loan requests (e.g., using smiling photographs) may have a more pronounced impact on loan-request success than more costly changes related to constructing a compelling narrative or even requesting fewer resources,” the researchers conclude.

News > Minds at Work > Microlending Success Starts with a Smile