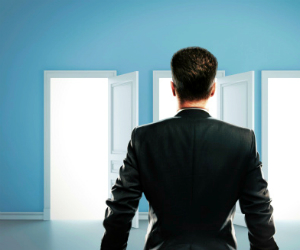 When faced with making a tough decision do you tend to trust your gut, or do you logically review all the facts? In a recent study, psychological scientists Nicole L. Wood and Scott Highhouse of Bowling Green State University examined whether we can distinguish between “good” decision makers and “bad” decision makers by analyzing people’s go-to decision making style. Are rational decision makers seen as making better choices than people who follow their intuition?

One model for looking at decision-making, the General Decision-Making Style (GDMS), identifies five major styles that people use in making decisions: rational, intuitive, dependent, avoidant, and spontaneous. A rational style emphasizes logic, intuitives use their gut instincts, dependent decision makers tend to rely on outside guidance or advice, people who are avoidant try to postpone making a decision, and spontaneous decision makers want to finalize decisions as quickly as possible.

Although we might use specific decision-making strategies in certain contexts, research has shown that most people also tend to stick to a particular “style” or strategy most of the time.

For the study, Wood and Highhouse had 274 college students complete measures evaluating their decision-making style and Big Five personality traits. Participants then completed an assessment asking them to self-evaluate how satisfied they were with the outcomes of their own decisions in general. Each participant then had a friend fill out a survey evaluating them on the typical quality of their decision making and whether or not their friend typically regretted or was happy with their decisions.

The results suggest that those who adopt a rational style and logically weigh their options may come out ahead, at least in the eyes of their friends.

People who utilized a rational decision-making style were confident in their decision making and were more likely to be seen as making quality decisions by their peers compared to those who based decisions off of intuition or instinct.

This is consistent with past research showing that careful decision makers tend to be more satisfied with their jobs, and rational thinkers make fewer errors based on bias, writes Wood in the journal Personality and Individual Differences.

On the other hand, people who reported adopting a more intuitive decision-making style were confident in their own good judgment, although their peers did not consistently rate them as making quality decisions.

The researchers caution that self and peer ratings of decision quality were collected using a scale created for the purposes of this study, which may require additional future research to evaluate.