News > Minds at Work > Is Gossip Good at Work? 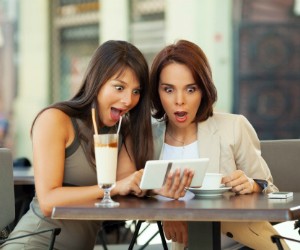 Talking about co-workers or bosses while they’re not around can be nefarious, but new research suggests that gossip also can have positive effects on group behavior and cooperation at work.

Psychological scientists Junhui Wu and Paul A. M. Van Lange of the Vrije Universiteit Amsterdam in the Netherlands and Daniel Balliet of Wesleyan University compared the effects of gossip and punishment on group behavior in a computer-based experiment.

According to Wu and colleagues, knowing that their reputation is on the line tends to make people more cooperative. By allowing study participants to gossip and punish each other in a group task, the researchers enabled a “system of indirect reciprocity” by which a cooperative reputation can yield a greater chance of receiving future benefits.

In the study, 265 participants performed two tasks: a public goods task that involved four people playing a game four times, and a trust task in which two people played a different game twice.

In the public goods game, each participant was allotted 10 points (which corresponded to 10 cents). Then the group decided if and how much to contribute to an account that was shared among the four players. After the contributions were made, the point balance was doubled and divided equally among the members and each member was informed of the others’ contributions.

After learning the other members’ contributions, participants in some of the groups were permitted to exchange notes about other group members. Other groups not only were allowed to send notes, but could also deduct points from individual members. (It cost the participant one point to deduct three points from another member). At the beginning of the next round, the group members received the notes and deducted points from each other anonymously, and then they played the game again for four total rounds.

Following the public goods game, participants played a trust game in which two people were paired together, with one playing the role of investor and the other the role of responder. The investor was endowed with 10 points and allowed to send any amount they’d like to the responder, after which the amount was tripled and the responder had the opportunity to return any amount of points to the investor.

These games were specifically designed to test group members’ trust, cooperation, and efficiency at earning points, both at the individual level and together as a group; the participants took home the monetary equivalent of their points at the end of the experiment.

After analyzing the data, Wu and colleagues found that participants who had the option to gossip moderately increased their contributions during each round of the public goods game compared to the group that didn’t gossip. But those who were given the option of both gossiping and punishing (by deducting points) didn’t show leanings one way or the other in the contributions they made. Additionally, participants in the gossip-only condition later trusted their new partner more in the subsequent trust game, whereas the punishment-and-gossip condition and the punishment-alone condition had no significant effects on trust.

Based on these findings, the researchers conclude that gossip can increase cooperation, deter selfish behavior, and serve as an effective, low-cost form of punishment.

“The present findings uncovered that gossip by itself may be a powerful ‘tool’ to promote trust and cooperation,” Wu and colleagues write.

In small communities, “punishment requires costly and time-consuming monitoring of others’ behaviors, whereas gossip can facilitate people to monitor others’ behavior at a lower cost,” they conclude.

News > Minds at Work > Is Gossip Good at Work?