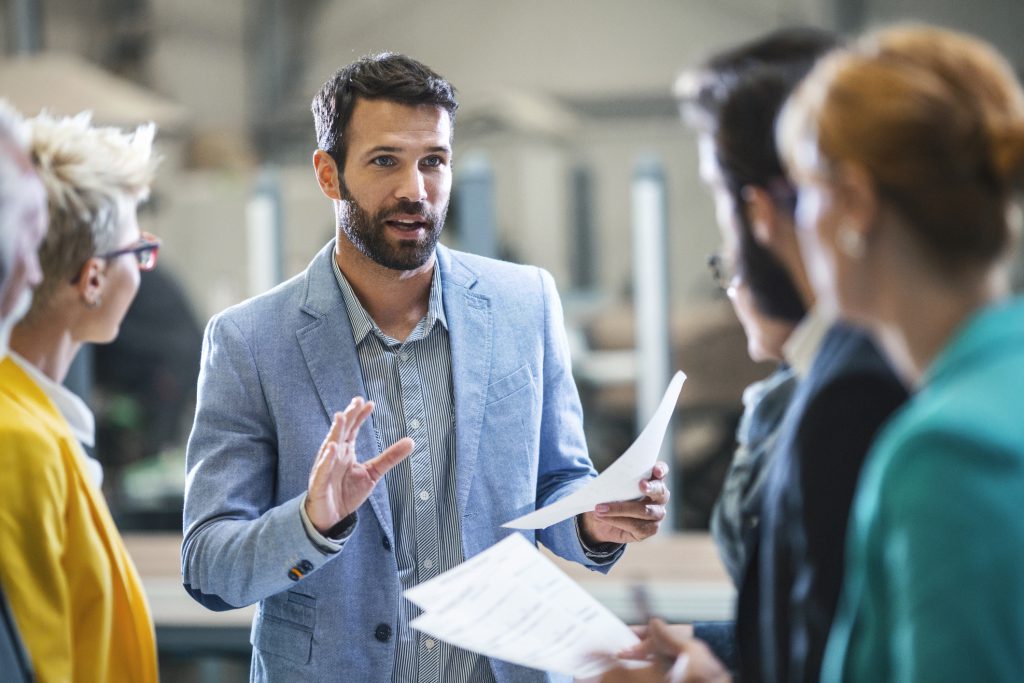 A smile can make all the difference in professional interactions, but your canines may not be the only facial feature that could be impacting your career. A range of research published in Psychological Science suggests that the width of your face, the tilt of your head, and — in males — the hair on your face all hold the potential to project a more intimidating professional presence.

Previous research on facial width-to-height ratio (fWHR) has been mixed: while some researchers have found evidence of a link between greater width and actual or perceived antisocial tendencies in men, others have not. In one study, for example, a team led by Dawei Wang of Northwestern University’s Kellogg School of Management surveyed 1,179 executives – as well as a peer, subordinate, and supervisor for each participant – on their behavior in the workplace. Using headshots to calculate the fWHR of each individual, Wang and colleagues found no significant relationship between individuals’ facial width and other traits, such as perceived warmth, cynicism, or morality.

These conflicting findings suggest that while fWHR may influence how we evaluate those we don’t know well, these effects may recede once we have the opportunity to work together more closely, the authors write. This bias in perception may be due to an “evolutionary mismatch,” they continued.

“The modern world differs in important ways from the violent ancestral environments in which human psychological mechanisms developed,” the authors explained. “Social judgments formed on the basis of fWHR, which may have been adaptive in the evolutionary past, may no longer be accurate.”

Our evolutionary past can color our perceptual present, and our professional interactions, in other ways as well, influencing our opportunities for promotion and other leadership roles in the workplace.

Belinda M. Craig of Curtin University and the University of New England recently demonstrated this in a study in which participants categorized the emotional displays of pictures of both bearded and clean-shaven men. Across a series of experiments, Craig and colleagues found that participants were faster to recognize anger on bearded faces, and slower to recognize happiness or sadness on those faces. Participants also rated bearded faces, particularly those displaying anger, as more aggressive than clean-shaven faces, while rating happy bearded faces as more friendly and helpful.

These findings suggest that beards may facilitate the recognition of anger by accentuating the prominence and angularity of the jaw line, and may stifle the perception of sadness by obscuring the drooping of the lips and chin, the authors write.

It’s possible that the perceived formidability of bearded males may have helped individuals avoid conflict in the past, increasing their social status and access to mates, the authors continued. But while beardedness may continue to offer advantages in certain personal and professional arenas, previous research also suggests that voters may judge political candidates with facial hair as more violent, misogynistic, and corrupt.

In a series of five studies of 1,517 participants, the researchers found that participants perceived individuals who had been photographed with their head tilted downward rather than facing forward to be more “likely to be a leader because he/she is willing to use aggression and intimidation to get his/her way”.

But while 190 online participants rated individuals who tilted their heads as better leadership material, that effect vanish when the researchers digitally altered the images to remove their eyebrows entirely. In fact, the precise angle created by the individuals’ eyebrows was found to be predictive of perceived dominance.

Tilting the head forward creates a “V” shape with the eyebrows, a facial action unit perceived as high ranking, physically strong, and threatening, even when an individual has an otherwise neutral expression, the researchers explained.

“Head movement alters the appearance of the face systematically by creating the illusion of facial-activity,” the authors continued. “Supposedly neutral faces may be less inexpressive than they are often assumed to be.”

In other words, in the conference room, as in life, even saying nothing often says something – and, like it or not, your face is likely doing some of the talking for you.

We draw social inferences from not only facial features but from the position of the head itself, research shows.