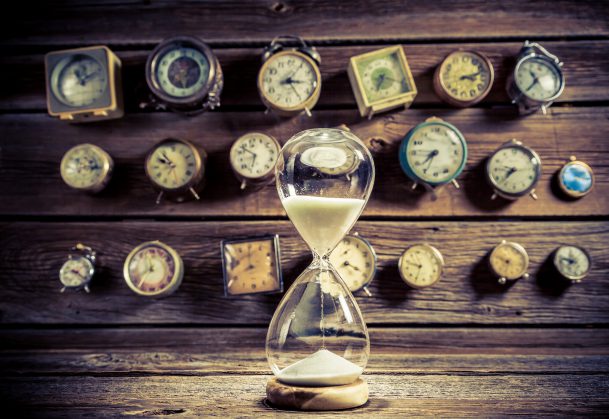 You may want to hold off on making any big financial decisions after a long day at the office. New research from a team of French psychological scientists found that as people slogged through a series of cognitively challenging tasks over the course of a day, their financial decision-making shifted from savvy to impulsive.

Over the course of a 6-hour long experiment, researchers Bastien Blain (Institut du Cerveau et de la Moelle épinière), Guillaume Hollard (Université Pierre et Marie Curie-Paris), and Mathias Pessiglione (Université Paris) had 57 participants complete a series of challenging tasks in 30-minute blocks. Between blocks, participants were given the opportunity to choose either a smaller immediate cash prize, or a much larger cash prize to be collected in the future. Participants also completed these tasks while undergoing an fMRI scan.

The findings suggest that the cognitive demands of the daily grind may have an impact on regions of the brain involved in regulating self-control, specifically regions in the lateral prefrontal cortex (LPFC). Over the course of an exhausting day at work activity in the LPFC may decrease, predisposing us to impulsive splurges over thoughtful long-term planning.

The idea that protracted effort leads to a lack of self-control is known as ego-depletion. However, this theory has sparked some recent controversy after one ego depletion experiment failed to replicate. Blain and colleagues hypothesized that perhaps the time scale used in previous ego depletion experiments was too short to cause any significant changes in neurological activity.

“Following our own failures to obtain fatigue effects at short time scales (less than 1 h), we decided to change our approach and examine the impact of executive control performance lasting for the approximate duration of a workday (i.e., more than 6 h of effective work, excluding breaks),” the researchers write.

The cognitive tasks alternated between two challenging working memory tasks, the N-switch and the N-back. In both tasks, participants had to remember and recognize a given letter or number from previous rounds. After completing a 30-minute block of cognitive tasks, participants were asked to make a choice between immediate or delayed monetary rewards: either a smaller immediate reward (as low as €1) or a much larger delayed cash reward to be collected weeks, months, or even years in the future (up to €100).

In order to examine the effects of cognitive fatigue on neural activity, a subset of 35 participants (18 from the hard group and 16 from the leisure group) performed the cognitive task while in an fMRI scanner. Scans were conducted at the beginning, middle, and end of the experiment.

“Behavioral data showed that choice impulsivity increased in a group of participants who performed hard versions of executive tasks but not in control groups who performed easy versions or enjoyed some leisure time,” the researchers explain.

The results of the fMRI scans also showed differences between the groups: Those working the hardest also had lower activation in the LPFC over time. This suggests that “exerting intense cognitive control over several hours might reduce the excitability of LPFC areas, which in turn would impair the capacity to resist the temptation of immediate rewards in intertemporal choices.”

The researchers caution that these findings are not conclusive; more research is necessary to determine possible biological mechanisms that could account for any ego depletion effects.

They also say that these findings could be useful for managers. Providing employees with more control over their schedules and breaks might help people better regulate their level of fatigue, preventing a fatigue-induced self-control slump.