Women often come away from the negotiation table with lower salaries and less advantageous terms than men. New research suggests that in the first moments of bargaining negotiators may be equating feminine features 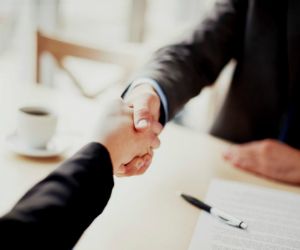 In a recent study, psychological scientists Eric Gladstone and Kathleen M. O’Connor of Cornell University looked at how the possession of feminine facial features impacted negotiations. The researchers hypothesized that people with feminine facial features, even men, would be perceived as more cooperative, less aggressive, and less assertive.

Based on this instantaneous visual assessment, negotiators are likely to treat people with more feminine features as less effective bargainers.

Gladstone and O’Connor used a standardized set of photos of real faces of men and women for the experiment. Several distinct feature make faces appear more feminine, such as faces with less prominent eye-brow ridges, smaller noses, and fuller lips. For the photos in the experiment these features were precisely manipulated to read as either 10% more feminine or masculine than the original “neutral” photos.

Study participants were told that they were going to engage in a two-party negotiation against one of two people. They were then shown photographs of either two female faces or two male faces and were told the photos were of a set of twins. One of the photos showed the neutral face while the other “twin” was the same face manipulated to be 10% more feminine.

However, when participants were asked to choose which “twin” they wanted to represent them as their agent in a negotiation, their preferences reversed in favor of the twin with the more masculine face. Participants seemed to assume that a more masculine face meant a tougher, more successful negotiator.

A second experiment revealed that participants also made explicitly lower offers to negotiation “opponents” who had more feminine faces.

“Facial features may cue assumptions about personality traits, like cooperativeness and aggression,” Gladstone and O’Connor wrote in the journal Organizational Behavior and Human Decision Processes. “These assumptions not only impacted negotiators’ choice of partners, but also the treatment of their partners during the negotiation.”

The researchers caution that since the photographs were all that the negotiators had to judge their opponents on, they may have carried more weight in decisions than if the two parties had interacted or maintained visual contact throughout negotiations.