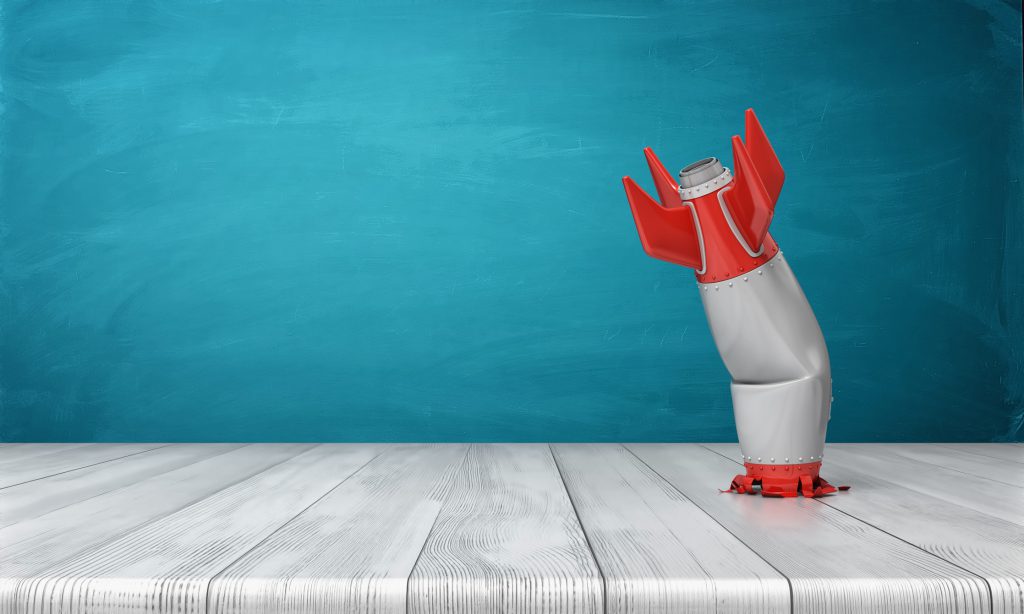 Oprah Winfrey has called it a stepping stone to greatness. Oscar winner Lupita Nyong’o describes it as the path toward discovery. Former US Secretary of State Colin Powell has said it’s an open secret to success.

Yes, failure has long been regarded in conventional wisdom as a teachable moment. Whether you lose a client, get sacked from your job, or file for bankruptcy, conventional wisdom holds that the experience will give you the insight needed to avoid repeating your mistakes.

But failure may not be the great teacher that we assume it is, according to research from the University of Chicago Booth School of Business. In a study reported in Psychological Science, researchers Ayelet Fishbach and Lauren Eskreis-Winkler found that people appear to learn less from their flops than from their triumphs.

“We are taught to learn from failure, to celebrate failure, to fail forward,” said Fishbach, who studies motivation and decision making. “Graduation speeches often talk about how much you should dare to fail and learn from your failures. And managers talk about the lessons that they personally had from failures. If you just listen to public speaking, you would think that we are pretty tuned in to failures. However, this is not the case.”

Fishbach and Eskreis-Winkler conducted five experiments in which each of the 1,600-plus participants responded to a series of questions. In one experiment, researchers invited telemarketers to complete a 10-question survey about customer experiences and attitudes. In one question, for example, the researchers asked the telemarketers how much money US companies lose annually due to lousy customer service. They were presented with two possible answers — “approximately $90 billion” or “approximately $60 billion.”

Once participants received feedback on their answer, they presumably would know the correct answer — whether they guessed correctly or not.

Next, participants were retested on the content of the initial questions to see whether they had learned from the feedback. Consistently, participants learned less from failure than from success — even when they retook the survey with the questions rephrased to make learning from failure less cognitively difficult (e.g., Which of the amounts is NOT what US companies lose annually due to poor customer service?). This result even held in a second experiment in which participants were incentivized with a small monetary reward for correct answers. Those who received failure feedback also remembered fewer of their answer choices.

“With more experiments, what we were able to see is that it’s really a matter of self-esteem,” Fishbach said. “It just doesn’t feel good to fail, so people tune out.”

In another experiment, the researchers had participants observe someone else’s successes and failures. Although people learned less from personal failure than from personal success, they learned just as much from others’ failures as from others’ successes. In other words, when our own ego isn’t threatened by a failure, we tune in and learn.

“To the extent that failures are being ignored, to the extent that we actually tune out rather than tune in, then there is no learning whatsoever from failures,” Fishbach said. “And when there is no learning from failures, that’s quite in contrast with the general impression that failures were teachable moments in our life. Most of the times when we failed, we just didn’t pay attention.”

The scientists say that future research should explore whether failure to learn from mistakes is consistent across other cultures, citing a study showing Japanese individuals persisting longer after a failure than after a success. Additionally, they say, researchers could explore how personalized feedback, such as the type you’d receive from a caring mentor, affects what we take away from a failure. The fact remains, however, that the Booth School researchers’ findings suggest that, contrary to Oprah’s advice, failure is not always a step toward achievement.

So it seems that it has much more to do with a mindset focused on growth that helps us learn from failures, not that we learn more from success than we do from failure.