News > Minds at Work > Cognition at the Speed of (LED) Lights 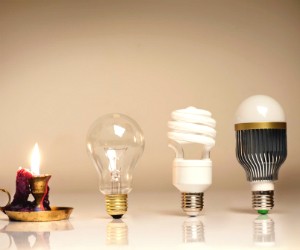 Breanne Hawes and colleagues from the Cognitive Science Team at the United States Army Natick Soldier Research Development and Engineering Center and Tufts University compared the effects of different types of light on mood, perception, and cognition in military personnel. The researchers found evidence that LED lights provide a cognitive advantage over fluorescent lights, potentially leading to a better mood and higher efficiency in the workplace.

“There is strong theoretical support from the experimental social and cognitive sciences to suggest that the positive moods and increased arousal seen at higher color temperatures will translate to enhanced cognitive task performance,” Hawes and colleagues write.

For the study, 24 volunteers (20 male and 4 female) participants came to the “lab” – a specialized tent that blocked all outside light – where they were exposed to different lighting conditions over 5 days. To control for circadian rhythm, each participant visited the laboratory at the same time on each of the five days.

Each participant visited the shelter on five separate days. During each test session, the tent was illuminated using one of the four lights. Participants then started a battery of cognitive, mood, and visual tests lasting around 90 minutes. The two cognitive tasks included a challenging verbal memory task, in which participants had to correctly recall a complicated scenario, and a spatial memory task based on navigating between sites on a map. At the beginning and end of each experimental session, participants completed a self-report measure on their mood at the time.

As expected, participants performed significantly better on cognitive tasks when working under LED lights compared to fluorescent lights. Further, the higher the color temperature – that is, the cooler or bluer the light – the better their performance.

“We note that both of these effects appeared to be approximately linear; that is, not only did the LED technology reduce depression and increase arousal, but it did so most at the highest color temperatures,” the researchers explain. “This result directly supports research suggesting a positive association between increased color temperature and enhanced mood and arousal states.”

Importantly, the authors point out that overall accuracy was consistent between lighting conditions – rather, it was participants’ reaction times that improved depending on the lighting. This suggests that using cooler LED lights has the potential to slightly improve the mood at work, as well as efficiency.

“Though participants may not improve memory for verbal or spatial information, their ability to quickly recall information and apply it to a complex cognitive task is greatly improved,” the researchers conclude.

News > Minds at Work > Cognition at the Speed of (LED) Lights