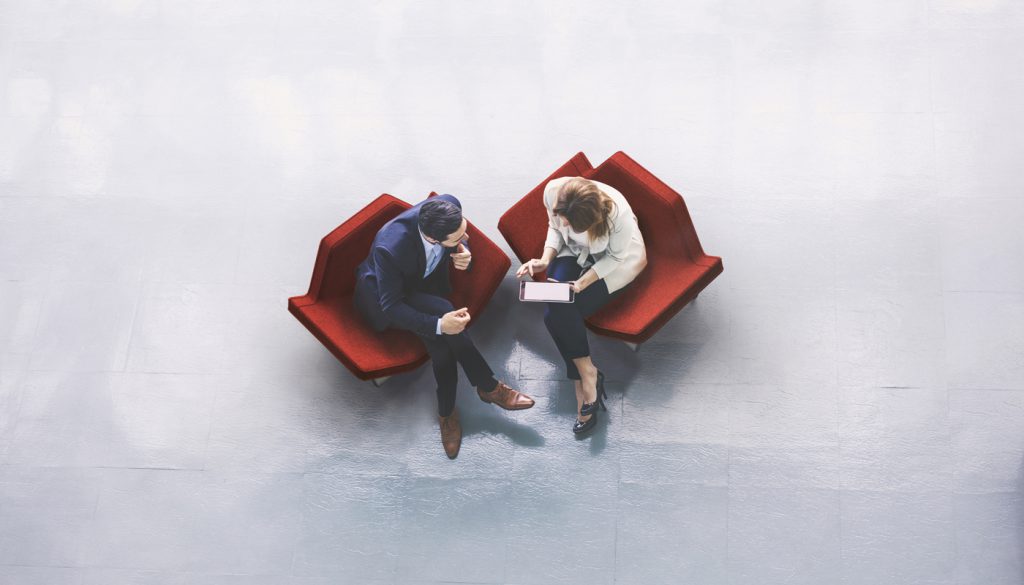 New research suggests that men may reap financial rewards by engaging in a bit of casual chitchat before a negotiation. However, the same is not true for women.

Psychological scientists Brooke Shaughnessy (Ludwig-Maximilians-Universität München), Alexandra Mislin (American University), and Tanja Hentschel (Technische Universität München) concluded that a bit of schmoozing can help men—but not women—walk away from a negotiation with a better deal, as well as better long-term business relationships.

“The results of these studies strongly support the notion that men and women, in the same situation, engaging in the same behavior, result in distinct reactions due to the behavioral expectations associated with their gender,” writes Shaughnessy and colleagues. “Specifically, for male negotiators, engaging in small talk consistently enhanced perceptions of liking, cooperativeness, and relationship satisfaction.”

Although prior research has linked small talk in negotiations to positive outcomes in general, the research team suspected that the benefits of small talk would not be equivalent for men and women. Women are often expected to behave in ways that are communicative and cooperative, such as engaging in small talk. Because this same behavior isn’t necessarily expected for men, particularly in business settings, they may end up earning extra social capital.

“Female negotiators who small talk, in contrast, have aligned their behavior with female gender roles and communal expectations and are therefore unlikely to receive a social boost from small talk,” the researchers write.

In one set of online studies, 244 working adults read a transcript of a scenario with either a male or female negotiation counterpart. Half of these scenarios included an additional six lines of small talk in the text; one party asked the other where they were from before noting the cold weather they were having.

After reading the transcript, the students rated how likeable, cooperative, and trustworthy they found the negotiator.

Male negotiators who engaged in small talk before the negotiation were viewed more positively overall—more likable, cooperative, and trustworthy—than men who got straight to business. Not only did small talk increase positive perceptions of male negotiators, but participants also indicated that they were more interested in working with the chit-chatters in the future.

Female negotiators did not receive such a boost. While women weren’t penalized for small talk before a negotiation, they also didn’t benefit from the same bump in positive perceptions as their male counterparts.

Another online experiment showed that a little banter could also lead to financial payoffs for men.

In the small talk condition, the hiring manager prompted a short conversation where JoAnna/Joseph chatted about a recent vacation. In the other condition, JoAnna/Joseph responded to the hiring manager’s small talk with polite single word responses. After reading a transcript of a job contract negotiation, participants were asked to assign a final offer of up to 1,250 points to the job candidate.

Although both men and women enjoyed a boost in social evaluations after chitchatting, only male negotiators received an accompanying bump in their final job offers.

While the study’s findings suggest that men who chitchat may end up with the better deal, the researchers suggest that both men and women think twice before skipping the small talk before their next salary negotiation.