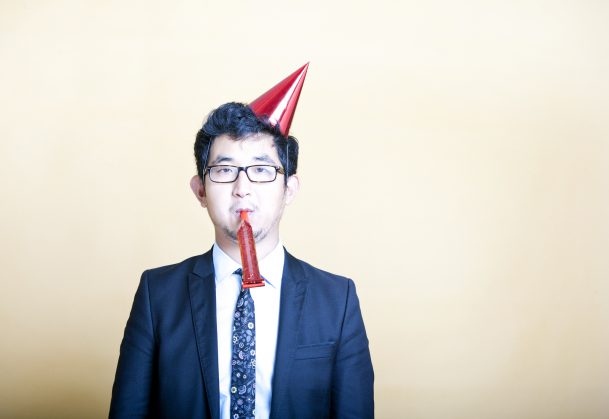 Across the globe, major holidays are a time to gather with family and friends for celebrations – and to get a few days off from work. However, decades of economics research show that “holiday euphoria” can also affect our decision making.

The “pre-holiday effect” is a well-documented phenomenon whereby financial markets get a big boost around major national holidays. In the US, an analysis of Dow Jones Industrial Index performance over 90 years found that “the average return immediately before holidays is 23 times greater than the average return on an ordinary day.”

A 2015 economic analysis found that stock markets around the world tend to outperform on days preceding cultural New Year celebrations, such as Thailand’s New Year (Songkran) and Israel’s New Year (Rosh Hashanah). While these holidays include different traditions and take place at different times of the year, they all share an important feature: a positive, uplifting mood.

In a new study, a team of Israeli behavioral scientists led by Eyal Lahav (The College of Management Academic Studies) found evidence that holiday cheer may cloud our judgment in unanticipated ways: People were more impulsive and focused on the present when making financial decisions just before a major holiday. The findings suggest that you may not want to make any big decisions around the office during the week right before a holiday break.

“We show that the short-term expectation of an upcoming vacation changes people’s time preferences,” Lahav and colleagues write. “This means that when making decisions that depend on time preference (such as financial transactions or health decisions) people should also consider seasonal and periodic effects. Before or after a holiday, they might reach a different decision.”

The research team recruited 170 Israeli college students to take a survey in class. The students were randomly assigned to complete the survey either the day before a two-week Passover holiday vacation or the day after returning to school from their break. The researchers hypothesized that holiday euphoria would put students in a happier mood right before the holiday break, but this good mood would also increase impulsive behavior measured by subjective discount rate.

The survey included six questions that asked the students to indicate whether they preferred to receive a set sum of money ‘today’ or a different, higher cash payment in the future. For example, would you prefer to collect NIS 600 (around $150) today or NIS 3000 (around $780) in 12 months. The survey prompted students to consider delays of one week, one month, and one year.

To measure risk aversion, the students were asked how much they would be willing to pay to purchase a lottery ticket with a 1-in-10 chance of winning a cash prize of NIS 1000 ($260). Willingness to pay a higher maximum for the lottery ticket correlates with a higher tolerance for risk. The students also answered a set of questions assessing trait levels of optimism and pessimism, as well as their current feelings of happiness.

As expected, the group of students who took the survey right before a long holiday break were more willing to give up the higher future reward in favor of a lower immediate cash payment.

According to the researchers, this suggests that holiday euphoria prompts people to be more focused on the present, increasing impulsivity.

When it comes to holiday euphoria, Lahav and colleagues suggest that future research examines how proximity to a major holiday might influence other important financial behaviors besides investing in the stock market.

“Our results augment the literature which shows that time preference is not necessarily a stable, personal characteristic of the decision maker; rather it may be a temporary state that changes from one day to the next,” the researchers conclude.